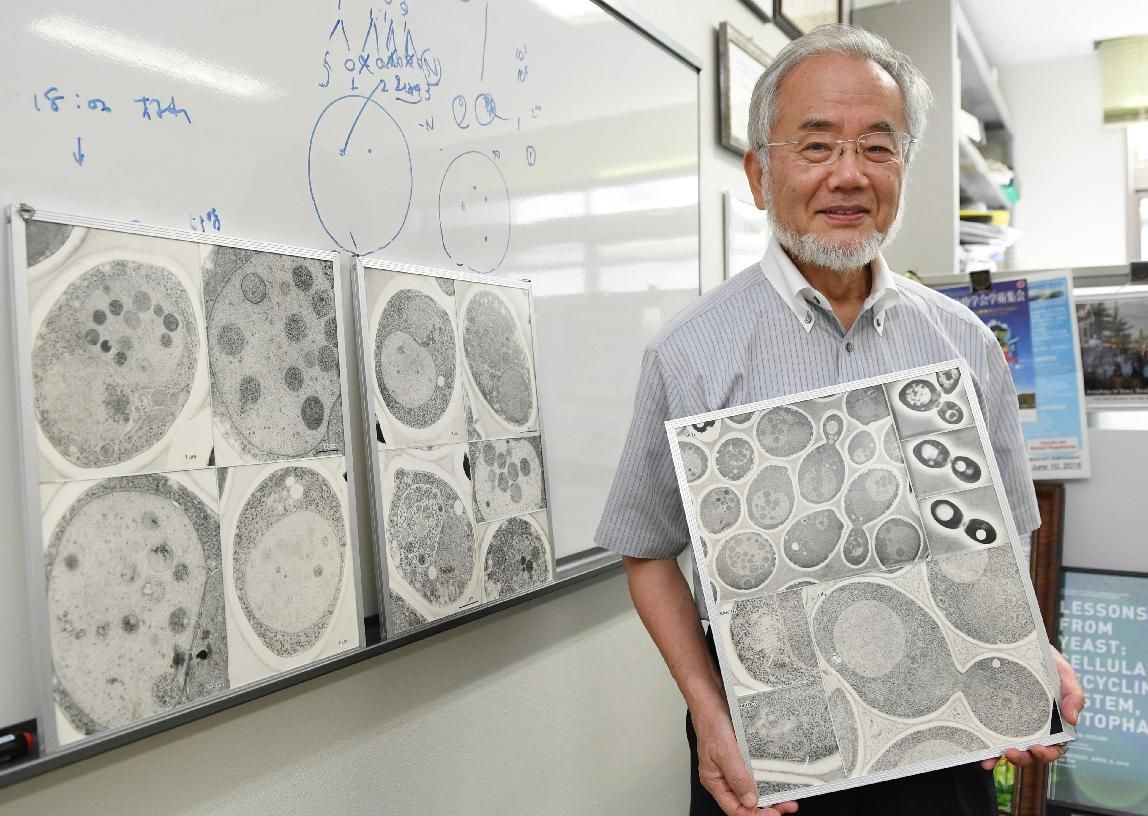 Japanese scientist Yoshinori Ohsumi was awarded this year's Nobel Prize in medicine on Monday for discoveries related to the degrading and recycling of cellular components.
The Karolinska Institute honored Ohsumi for "brilliant experiments" in the 1990s on autophagy, the "self-eating" process with which cells break down and recycle some of their content.
Disrupted autophagy has been linked to several diseases including Parkinson's, diabetes and cancer, the institute said.
"Intense research is now ongoing to develop drugs that can target autophagy in various diseases," Karolinska said in its citation.
Ohsumi, 71, from Fukuoka, Japan, is a professor at the Tokyo Institute of Technology. In 2012, Ohsumi won the Kyoto Prize, Japan's highest private award for global achievement.
Nobel committee secretary Thomas Perlmann said Ohsumi seemed surprised when he was informed he had won the Nobel Prize.
"The first thing he said was 'ahhh'. He was very, very pleased," Perlmann said.
Nobel judges often award discoveries made decades ago, to make sure they have stood the test of time.
Though autophagy has been known for more than 50 years, its fundamental significance was only recognized after Ohsumi's "paradigm-shifting research" on yeast in the 1990s, Karolinska said.
"Thanks to Ohsumi and others following in his footsteps, we now know that autophagy controls important physiological functions where cellular components need to be degraded and recycled," it said.
It was the 107th award in the medicine category since the first Nobel Prizes were handed out in 1905.
Last year's prize was shared by three scientists who developed treatments for malaria and other tropical diseases.
The announcements continue with physics on Tuesday, chemistry on Wednesday and the Nobel Peace Prize on Friday. The economics and literature awards will be announced next week.
Each prize is worth 8 million kronor ($930,000).