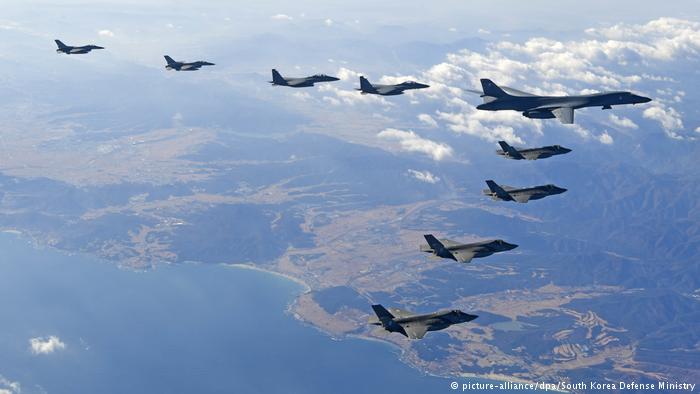 The United States and South Korea conducted large-scale military drills last week, which the North said made the outbreak of war “an established fact”.

North Korea has fired missiles over Japan as it pursues nuclear weapons and ballistic missiles in defiance of UN sanctions and international condemnation. On November 29, it test-fired an intercontinental ballistic missile which it said was its most advanced yet, capable of reaching the mainland United States.

This week’s exercises will be the sixth drills sharing information in tracking ballistic missiles among the three nations, the defense force said.

It did not say whether the controversial THAAD system would be involved. The installation of the US Terminal High Altitude Area Defense (THAAD) system in South Korea has angered China, which fears its powerful radar could look deep into China and threaten its own security.

North Korea’s missile test last month prompted a US warning that North Korea’s leadership would be “utterly destroyed” if war were to break out. The Pentagon has mounted repeated shows of force after North Korean tests.

The United States has also pressured China and other nations to cut trade and diplomatic ties with North Korea, as part of international efforts to dry up Pyongyang’s illegal cash flows that could fund its weapons programs.

On Sunday, South Korea said it would impose new unilateral sanctions on 20 institutions and a dozen individuals in North Korea, barring any financial transactions between those sanctioned and any South Koreans.

The move is largely symbolic as trade and financial exchanges between the two Koreas have been barred since May 2010 following the torpedoing of a South Korean warship, which the North denied.

North Korea regularly threatens to destroy South Korea, Japan and the United States and says its weapons programs are necessary to counter U.S. aggression. The United States stations 28,500 troops in the South, a legacy of the 1950-53 Korean War.

N. Korea blames US for tensions in rare UN talks