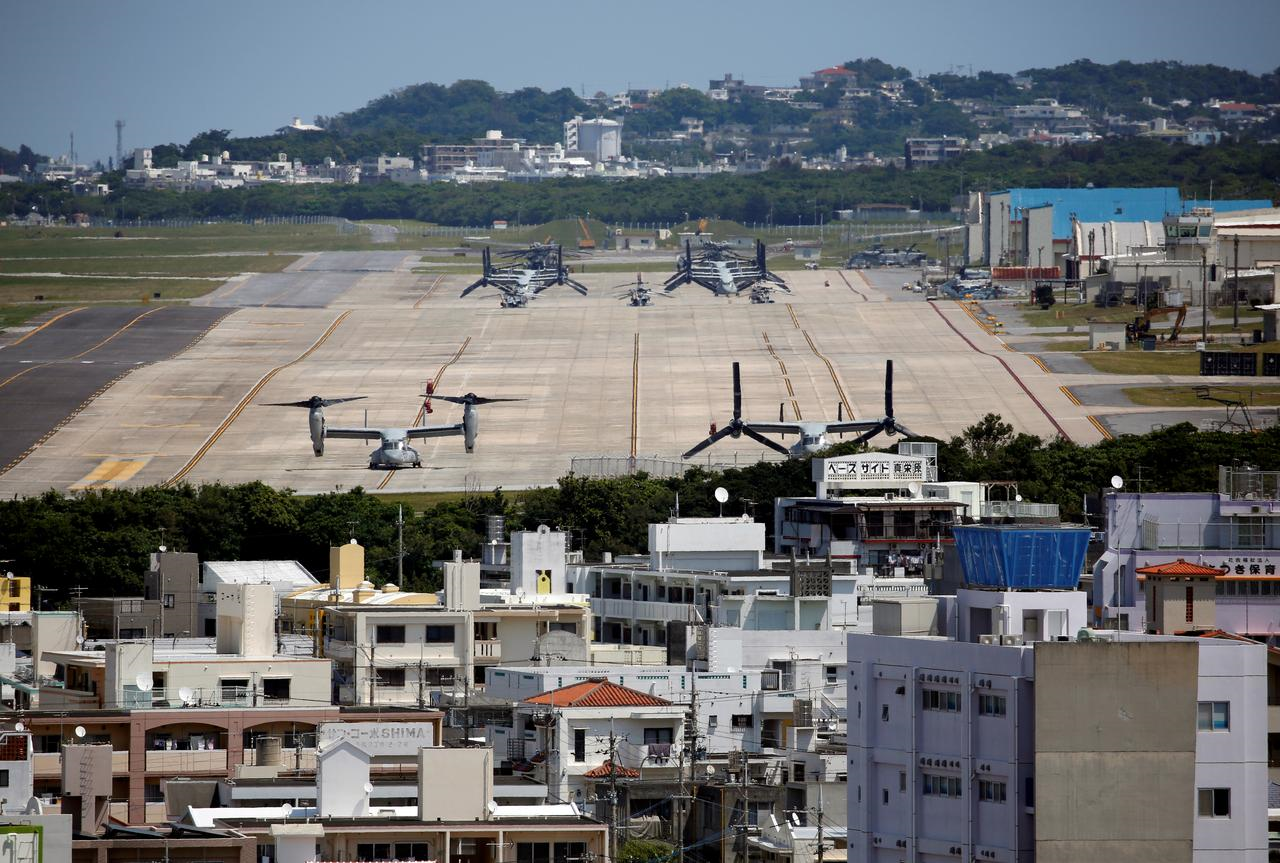 TOKYO (Reuters) – Japan and the United States are sharing information about coronavirus infections at US military bases after an outbreak provoked ire in the southernmost prefecture of Okinawa, a top Japanese official said on Monday.

Of the 62 individuals Okinawa confirmed had tested positive from Tuesday to Sunday, 39 were at Marine Corps Air Station Futenma, 22 at Camp Hansen and one at Camp Kinser. Later on Monday, TV Asahi said 32 more cases were confirmed at Futenma.

“We will cooperate appropriately on this matter,” Chief Cabinet Secretary Yoshihide Suga told a regular news briefing. 32 more coronavirus cases at US Futenma base in Okinawa: TV Asahi
“Japan and the United States are sharing information about the activity history of the infected military individuals.”

Okinawa hosts the bulk of US military forces in Japan, whose alliance with Washington is central to its security.

But many Okinawans associate the bases with problems from crime to accidents, and want the Marines to reduce their presence there or leave altogether.

At the weekend, Okinawa Governor Denny Tamaki said it was “extremely regrettable” that a large number of infections had occurred in a short time, adding that Okinawans were “shocked” by the news.

“I can’t help but have strong doubts about the US military’s measures to prevent infections,” he said, adding that there were reports of personnel leaving base for beach parties and visits to night life districts around Independence Day on July 4.

On its Facebook page for Pacific bases, the Marine Corps said it was prohibiting off-base activity for all installations across Okinawa, except essential needs such as medical appointments approved by a commanding officer.

“We are trying to limit as much contact (with local people) as we can, as we look to contact tracing of infected personnel,” a US military spokesman said.