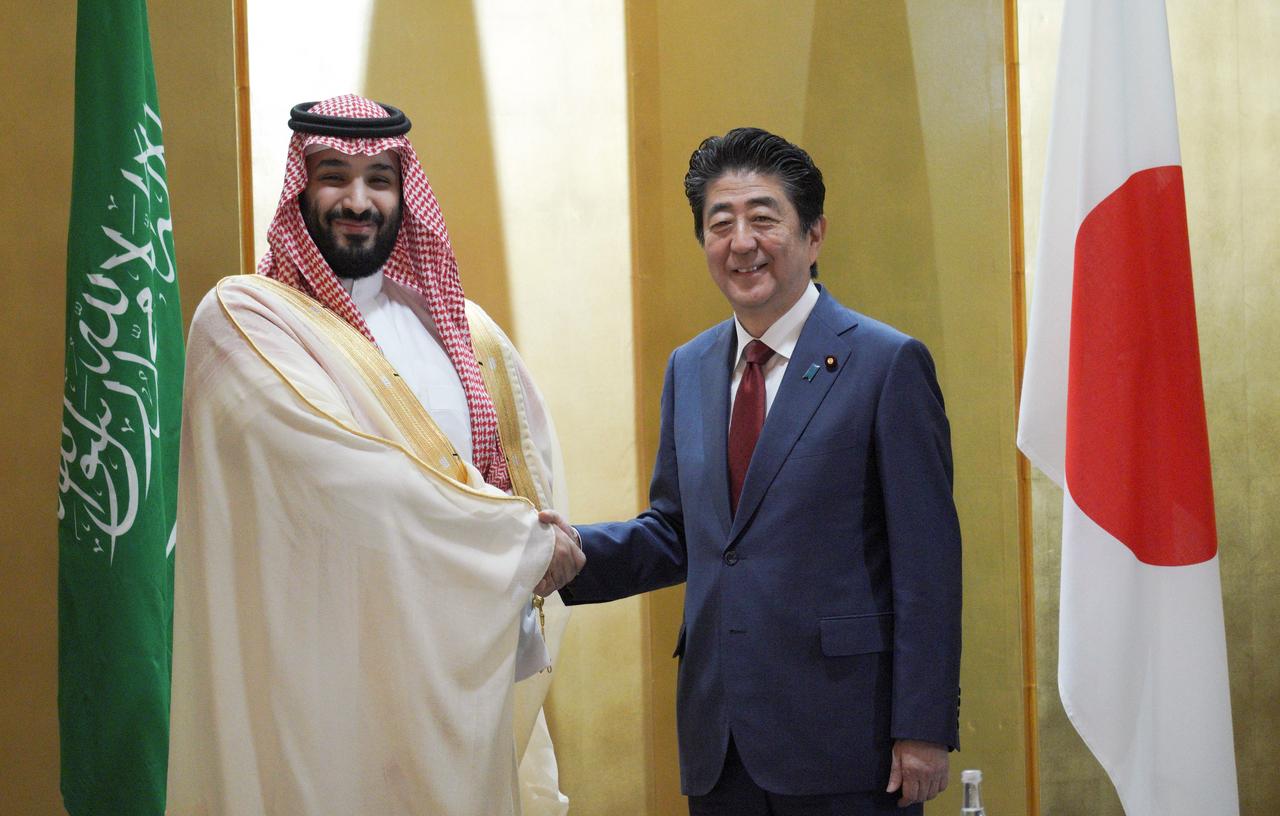 “Saudi Arabia’s ‘Vision 2030’ is an unprecedented major reform aimed at shifting away from dependence on oil and at diversifying industry, under your majesty’s initiative,” Abe told the crown prince at the beginning of a bilateral meeting after a summit of Group of 20 leaders in the city of Osaka.

“Japan will continue its utmost efforts by government and the private sector to help achieve its success,” Abe said.

Riyadh announced the reform plan in 2016, with goals ranging from overhauling its state-owned Public Investment Fund to increasing visits of Muslim pilgrims and encouraging more Saudis to play sports.

Despite last October’s murder of Saudi journalist Jamal Khashoggi at the hands of Saudi agents, big investors are pushing ahead with deals and pouring money back into its stock market as well as Vision 2030 projects that aim to diversify the economy of the world’s top oil exporter and create jobs.

“Saudi wants to do the utmost to continue our old – but new – strong partnership with Japan,” the crown prince told Abe through an interpreter.

Sisi: Security of the Gulf region is linked to Egypt's national security