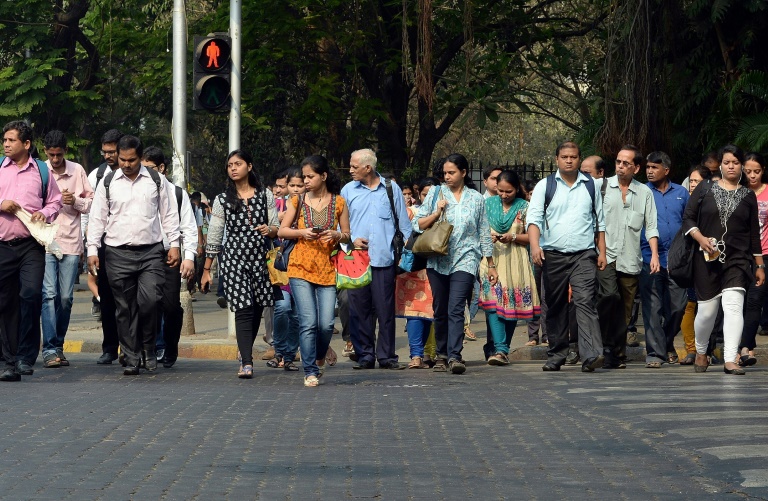 Vishal Chowdhary is young, bright and armed with an MBA. But he has spent two years struggling to find work in India’s sluggish jobs market — a major headache for Prime Minister Narendra Modi ahead of looming elections.

The government’s failure to create enough jobs in Asia’s third-biggest economy is a key issue for voters in the polls that are set to take place between April 11 and May 19 with results on May 23.

“I went for 50 job interviews in the last year but with no success. One company I did join laid off most of its staff, bringing me back to square one,” Chowdhary, 27, told AFP.

Increasingly desperate, late last year he became one of 23,000 applicants for five government jobs as a “peon” or “office boy” with duties like making tea and photocopying, well below his qualifications.

The shocking figures are not unusual in 1.25-billion-strong India, particularly for secure government jobs with perks that attract hordes of overqualified candidates like Chowdhury. Last year 19 million applied for 63,000 positions at Indian Railways.

Modi swept to power in 2014 pledging to modernize India and create jobs for the one million young people estimated to enter the labour market every month.

Some 65 percent of Indians are under 35, and economic growth has in recent times fallen below the eight-percent level seen as essential to create enough employment.

A newspaper recently published what it said was an official report buried by Modi’s government showing unemployment at its highest since the 1970s.

The report — which the government said was not finalized — added to evidence that the economy was hit hard by two of Modi’s signature policies: demonetization and a new Goods and Services Tax (GST).

The first saw 86 percent of banknotes withdrawn overnight in 2016 to bring the cash-only black economy out of the shadows. The second in 2017 was to simplify India’s stultifying thicket of a tax code.

Almost half the workforce toils in agriculture, and although workers are moving to manufacturing and services as the economy modernizes, the rate is slower than elsewhere in Asia.

These sectors are not creating enough jobs, hampered by stringent labor laws and insufficient investment in skills training, according to the Organisation for Economic Co-operation and Development (OECD).

Another factor is a sharp fall in private investment, resulting in “very little” job creation in the private sector, said Santosh Mehrotra, a professor at Jawaharlal Nehru University.

This lack of investment is caused in part by the “huge crisis” of bad debts at India’s state-owned banks, making them reluctant to lend, Mehrotra told AFP.

Furthermore India is battling a dearth of decent data on which to base policy, not helped by vast numbers of people working in the shadow, cash-only economy who are therefore not counted.

“(More) than a lack of jobs, the issue is a lack of data on jobs,” Modi said last year.

The situation is particularly dire for women.

The female workforce participation rate tumbled from 38.7 percent in 2005 to 28.6 percent in 2017, one of the lowest in the world, according to the World Bank.

In the highly status-conscious and patriarchal society, women often give up working once their household income rises. The decline of agriculture, which employs more women, has also had an effect.

While India’s universities may produce large numbers of graduates, there is a mismatch with what the labor market requires, and basic education for the poor is patchy.

One in eight 14-year-old students in rural India cannot read simple texts, while 56 percent can’t do basic division, a recent survey showed. Millions of children aren’t even in school.

“The sectors which are growing are modern services — telecom, education, health, banking. This requires a much higher level of education than what is available to youth today,” Mehrotra said.

According to an India Today opinion poll published on Monday, unemployment is the biggest issue for voters.

“Education and jobs are two very important topics for the youth. This government has failed on both these fronts,” S. Malik, a student, said at a recent protest in Delhi.

“This government’s failure means it should be voted out,” he told AFP.