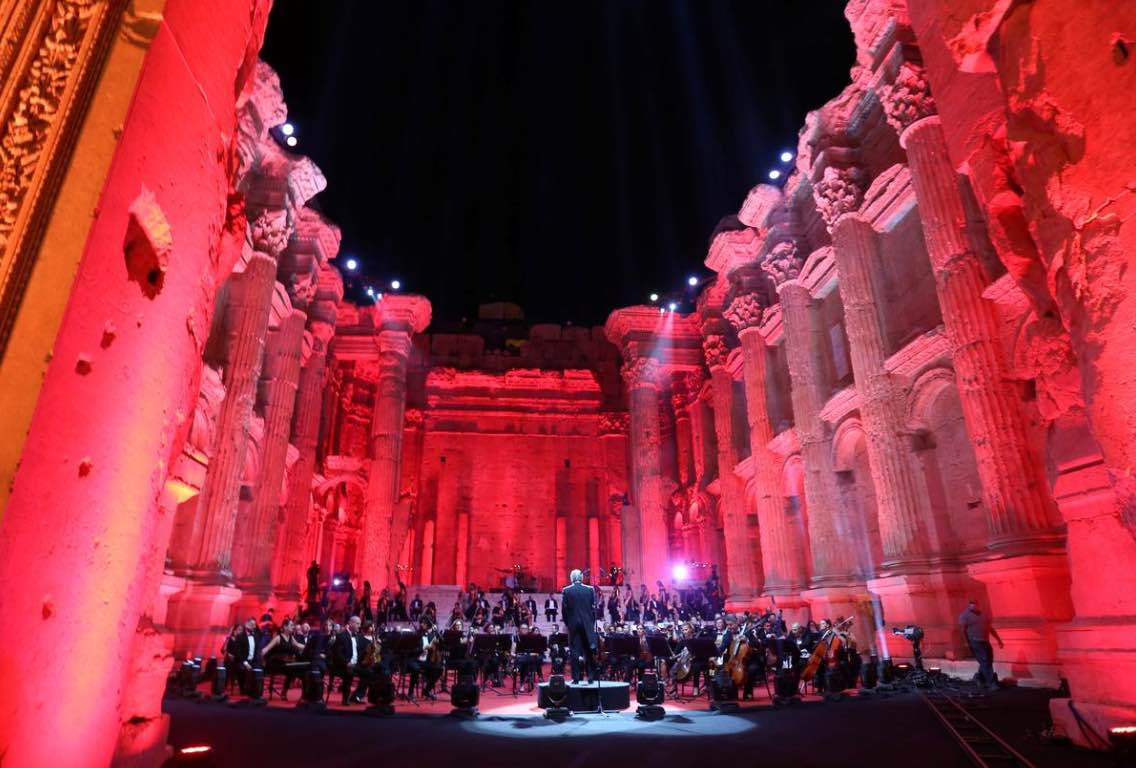 BAALBEK, Lebanon (Reuters) — The usually grand Baalbek Music Festival, set among 3,000-year-old Roman ruins in Lebanon, was reduced to just a single concert this year by the COVID-19 pandemic.

For maestro Harout Fazlian, however, it was one of the most special of his career.

On a stage in the ancient temple of Bacchus, Fazlian conducted the Lebanese Philharmonic Orchestra and three choirs in an hour-long concert that included works by the Lebanese composer brothers Assi and Mansour Rahbani, Verdi and Beethoven.

There were no crowds due coronavirus restrictions, but the performance, captured by 14 cameras and drones, was broadcast live on almost all the main Lebanese TV stations as well as streamed online.

“Every person will have a front row seat,” said Fazlian, who came up with the idea during Lebanon’s coronavirus lockdown two months ago. “This beautiful temple has gone through so much for 3,000 years, but it has survived, and we will survive.”

Fazlian said he wanted to send “a message of hope and solidarity” as Lebanon sinks deep into the worst financial meltdown of its history, compounded by the global coronavirus pandemic.

His was the only concert of the Baalbek music festival this year, Lebanon’s oldest, which since 1956 helped make the country a cultural lodestar for the region.

Nayla De Freij, head of the Baalbek festival committee, said all the artists and technicians worked on Sunday’s massive project for free.

“It’s like a big scream that we want life to go on,” she said.

Image: Musicians from Lebanon’s philharmonic orchestra are seen on stage before the start of “Sound of Resilience” concert of the Baalbeck music festival, which was broadcasted live with no audience, in Baalbeck, Lebanon July 5, 2020. (REUTERS/Aziz Taher)

Dozens mourn man who killed himself in busy Beirut district

Lebanese major retailers to shut down amid economic crisis