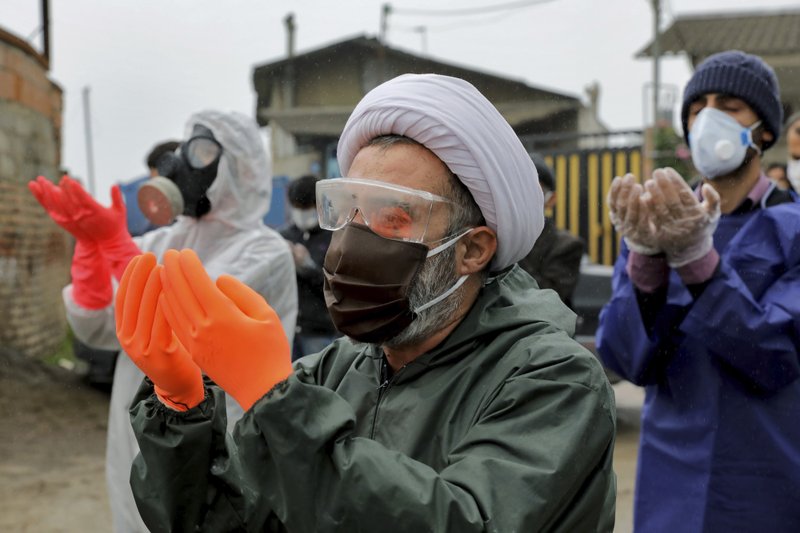 DUBAI, United Arab Emirates (AP) — Police in Kuwait dispersed what they described as a riot by stranded Egyptians unable to return home amid the coronavirus pandemic, authorities said early Monday. The development was the first reported sign of unrest from the region’s vast population of foreign workers who have lost their jobs over the crisis.

Online videos purported to show Kuwaiti police firing tear gas at the demonstrators overnight, who earlier chanted: “Where is our embassy?”

The state-run KUNA news agency called the confrontation a “riot” carried out by Egyptians corralled at a group shelter.

“Security officials intervened and took control, arresting a number of them” the KUNA report said.

It did not acknowledge what level of force police used to put down the unrest, nor how many people authorities ultimately arrested after the incident. Kuwait’s Information Ministry did not immediately respond to a request for comment.

Videos purported to show the Egyptians in a shelter, armed with pieces of furniture at one point of the confrontation. The shelter appeared to be in an industrial setting, surrounded by a chain-link fence topped with barbed wire.

KUNA earlier quoted Egypt’s ambassador to the oil-rich, tiny Kuwait as saying that Cairo planned repatriation flights for those stranded later this week. Kuwaiti officials also have said they would suspend fines and jail time for those who had overstayed visas in order to help those wanting to leave return to their home countries.

Kuwait, like many of the oil-rich Gulf Arab states, relies on a vast population of foreign workers for jobs ranging from domestic help, construction work to white-collar work. Long a lifeline for families back home, those migrant workers now find themselves trapped by the coronavirus pandemic, losing jobs, running out of money and desperate to return to their home countries as COVID-19, the illness caused by the virus, stalks their labor camps.

Some 35 million laborers work in the six Arab Gulf states of Bahrain, Kuwait, Oman, Qatar, Saudi Arabia and the United Arab Emirates, as well as in Jordan and Lebanon, according to UN figures. Foreigners far outnumber locals in the Gulf states, accounting for over 80 percent of the population in some countries.

In Kuwait in particular, a growing sense of xenophobia has seen authorities push for more deportations of foreigners for everything, including traffic violations.

In all, countries in the Middle East have reported more than 339,000 cases of coronavirus, with at least 11,310 deaths, more than half of them in Iran. In Sudan, the state minister for transportation and infrastructure, Hashim Ibn Auf, tested positive, the highest-ranking official to do so, the government said late Sunday. Sudan has reported 678 cases and 41 deaths from the virus.

Image: Mourners wearing protective clothing, face masks and gloves, pray over the body of a victim who died after being infected with the new coronavirus, in the outskirts of the city of Babol, in north of Iran, Thursday, April 30, 2020. (AP Photo/Ebrahim Noroozi)