Kuwait’s emir traveled to Qatar to help mediate an end to a crisis that’s seen Arab nations cut ties to the energy-rich nation home to a major US military base, though Emirati officials warned there was “nothing to negotiate.”

Kuwait’s Sheikh Sabah al-Ahmad al-Sabah was met planeside by Qatar’s emir, Sheikh Tamim bin Hamad al-Thani, when he arrived on Wednesday night. The Qatari Foreign Ministry said in a statement the two held talks on how “restore the normal relations” of the Gulf as the 2022 FIFA World Cup host and international air travel hub now finds itself isolated by land, sea and air.

But the visit came after Emirati Minister of State for Foreign Affairs Anwar Gargash told The Associated Press that Qatar has “chosen to ride the tiger of extremism and terrorism” and now needed to pay the price, despite Qatar long denying the allegation.

Gargash said Qatar “definitely” should expel members of Hamas, stop its support of terror groups “with al-Qaeda DNA” around the world and rein in the many media outlets it funds, chief among them the Doha-based satellite news network Al-Jazeera.

Their “fingerprints are all over the place” in terror funding, Gargash said. “Enough is enough.”

Qatari officials declined to comment on Gargash’s comments. Its foreign minister has struck a defiant tone in interviews, even after worried residents emptied grocery stores in its capital of Doha as Saudi Arabia has blocked trucks carrying food from entering the country.

Its flag carrier Qatar Airways now flies increasingly over Iran and Turkey after being blocked elsewhere over the Middle East. Emirati officials also shut down the airline’s offices in the UAE on Wednesday. Al-Jazeera offices also have been shut down by authorities in Saudi Arabia and Jordan. Meanwhile, Turkey’s parliament approved sending troops to an existing Turkish base in Qatar as a sign of support.

The international agency Standard and Poors announced Wednesday that it lowered its rating on Qatar’s long-term debt to AA-minus because of the country’s dispute with its neighbors. S&P said those countries’ severing of diplomatic and business links “will exacerbate Qatar’s external vulnerabilities and could put pressure on economic growth and fiscal” stability.

Speaking to the AP from a Foreign Ministry office in Dubai, Gargash listed a number of terror groups he alleged Qatar had funded, including al-Qaeda’s branches in Syria and Somalia, militants in Egypt’s Sinai Peninsula and other group’s with “al-Qaeda-type organizations” in Libya. He offered no documents to support his claim, but Western officials long have accused Qatar’s government of allowing or even encouraging funding of some Sunni extremists.

Gargash particularly pointed out the tens of millions of dollars paid to Shiite militias and others to free dozens of Qatari ruling family members and others in Iraq after 16 months in captivity.

Asked for specifics about what Arab nations wanted from Qatar, Gargash said expelling members of Hamas and other groups like the Muslim Brotherhood from Qatar was important.

US President Donald Trump, who tweeted Tuesday about Qatar funding extremists, called Sheikh Tamim on Wednesday and offered to host leaders at the White House to resolve the crisis. It’s unclear whether the Qatari leader would accept, especially as one outspoken Emirati ruling family member, the writer and political analyst Sultan Sooud al-Qassemi, has raised the prospect of Qatar’s leadership changing.

“Qataris are questioning whether this is going to end up in seeing a change in leadership itself in Qatar,” Qassemi told the AP in his office in Sharjah, near Dubai. “So it is a very serious issue. Again, this is Qataris speaking to international media wondering whether this is possible at all.”

The Gulf countries have ordered their citizens out of Qatar and gave Qataris abroad 14 days to return home. The countries also said they would eject Qatar’s diplomats.

“Doha now is completely isolated,” Qassemi said. “Doha now needs to take serious steps very rapidly to placate not only their neighbors but also their allies around the world.”

The crisis began in part over what the Qataris described as a false news report planted during a hack of its state-run news agency.

An initial report on the hack from Qatar’s Interior Ministry late Wednesday said the website of the Qatar News Agency was initially hacked in April with “high techniques and innovative methods.” It said hackers installed a file and then published a fake news item attributed to Sheikh Tamim just after midnight May 24.

The ministry did not say who it suspected carried out the attack, though it thanked the FBI and the British National Commission for Combating Crime for assisting it in its investigation.

Russia denied Wednesday it hacked the agency after a CNN report quoted anonymous US officials saying they suspected Russian hackers.

The UAE did not hack the Qatari news agency, Gargash said. However, he did acknowledge the authenticity of recently leaked emails from Emirati Ambassador Yousef al-Otaiba in Washington, which several media outlets described as including criticism of Qatar.

“That hack showed the UAE’s real concerns and that what we really say in our private emails is what we say publicly,” Gargash said. 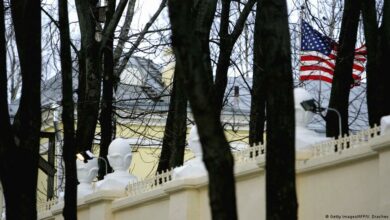 Belarus to cut US diplomatic staff over sanctions 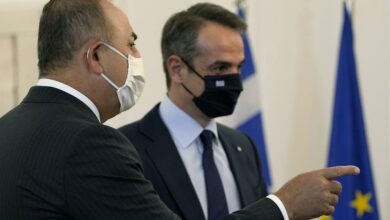 Greek, Turkish leaders to meet in June in bid to mend ties 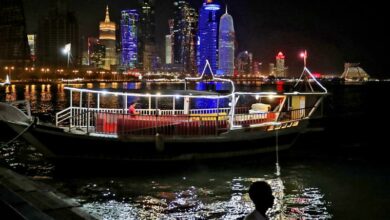