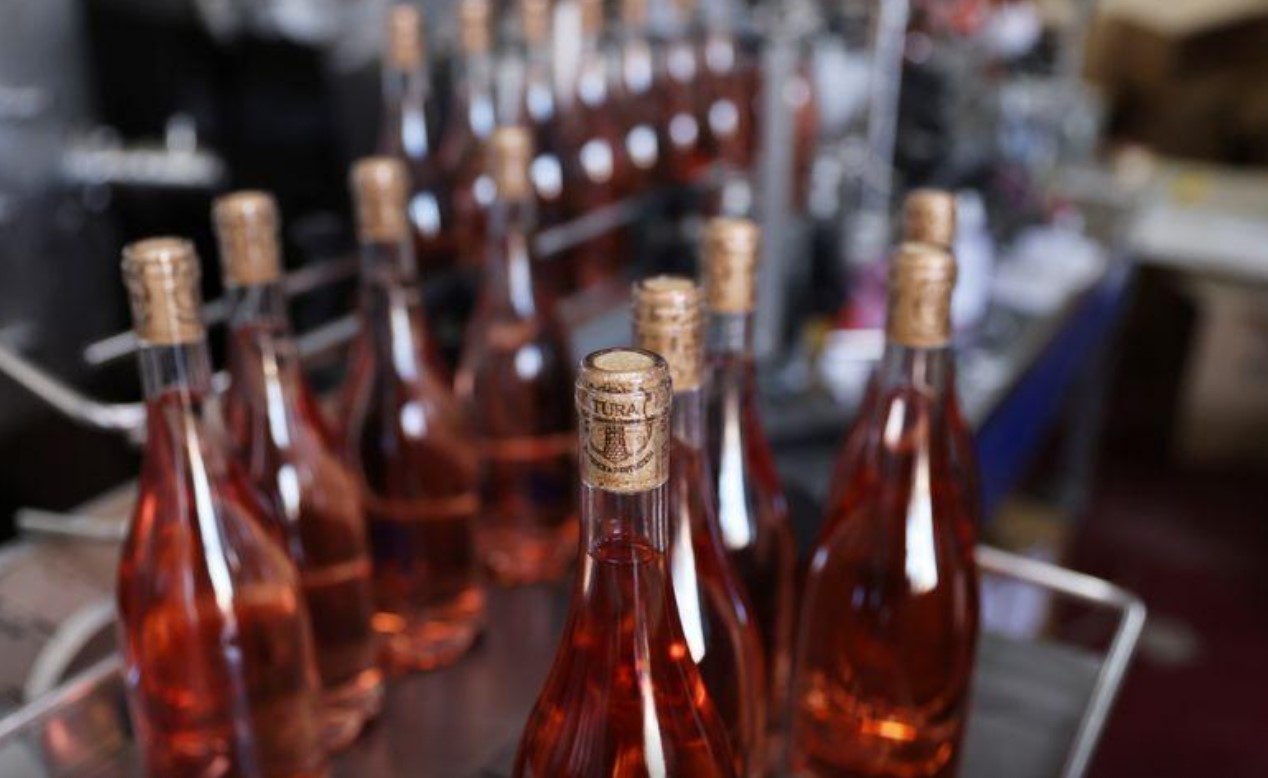 REHELIM, West Bank/DUBAI (Reuters) – Wine produced in an Israeli settlement in the occupied West Bank and labelled “from the land of Israel” will soon be available for sale in the United Arab Emirates, settler business leaders said.

Palestinians have condemned the export deal, saying settlements are illegal under international law, a view shared by many countries but disputed by Israel.

After forging official relations with the UAE last year under a US-brokered deal that enraged Palestinians, bottles from Tura Winery in the Rehelim settlement are now in stock in the UAE, an alcohol retailer there said, although they did not appear to be on shelves yet.

The winery’s owner, Vered Ben-Sa’adon, told Reuters the exports showed that new Israel-UAE ties also extended to settlements, on West Bank land captured in a 1967 war and that Palestinians seek for a state.

“It’s very exciting for (people in the UAE) to feel the peace process, to be a part of it. When you sit in a hotel in Abu Dhabi, and drink a glass of Tura (wine), it’s to be a part of history,” said Ben-Sa’adon, 44.

Tura, which also produces and has sent olive oil to the UAE, places labels on its wine bottles that include the line: “WINE FROM THE LAND OF ISRAEL”.

Tura said the term referred to an area that includes Israel and the West Bank, where settlers stake a biblical claim to land they refer to as Judea and Samaria.

The UAE declined comment when asked for the government’s position on Israel’s settlements, but it has said that its relations with Israel would advance peace in the region.

The UAE has not said if it would place special labels on settler goods saying they were produced in settlements.

Such labels are required by the European Union.

But under guidelines issued by outgoing President Donald Trump’s administration last year, the United States, Israel’s closest ally, said its imports from settlements should be marked “Made in Israel” or “Product of Israel”.

US President-elect Joe Biden has been critical of Israel’s settlements, but has not said if he would change the Trump administration’s labelling guidelines.

“It breaks your heart to see your Muslim brothers (in the UAE) support your enemy at your expense,” said Nizam Abdul Razzaq, 57, a Palestinian olive and bee farmer in Yasouf, a village two km (1.2 miles) from Rehelim.

A representative of African + Eastern, an alcohol retailer in the UAE, said it had Tura wines in stock, although they were not yet available on store shelves. The retailer also sells wine imported from the Israeli-occupied Golan Heights.

Photos posted to Tura’s Facebook page show it held a signing ceremony in Dubai in December with FAM Holding, a UAE business conglomerate. A bottle of Tura wine can be seen on the table at the event.

An FAM representative said it had import deals for wine and olive oil with Tura and for honey with Paradise Honey, a company in the West Bank settlement of Hermesh.

FAM’s Israel imports have been approved by the UAE government, the representative added, without saying if origin labels would be required.

Matan Paradise, whose family runs Paradise Honey, said they had sent a “small, first shipment to Dubai. I hope in the next month we will send a lot more.”

The economy ministry of the Palestinian Authority, which has limited self-rule in the West Bank, called the UAE’s purchase of settlement goods “a flagrant violation of international laws … and an attempt to legitimize settlements in occupied territory.”

Israel disputes that its settlements are illegal, citing biblical, historical and political connections to the land, as well as security needs. Around 440,000 settlers live in the West Bank among some 3 million Palestinians.