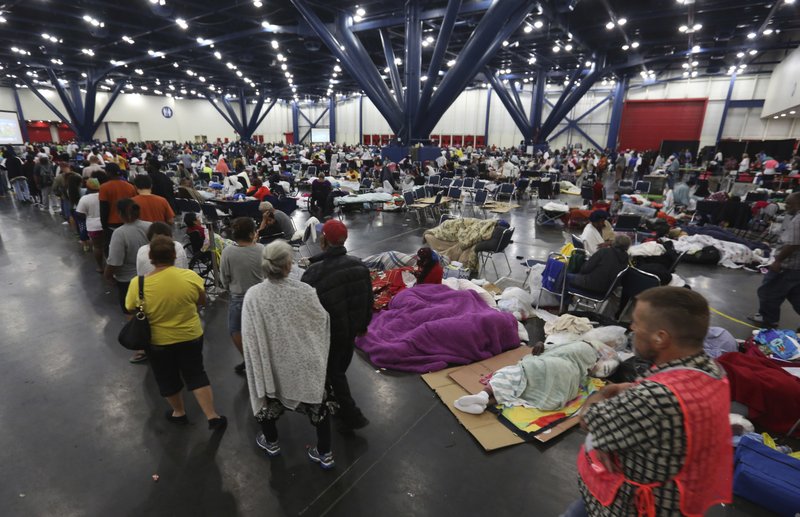 The National Hurricane Center says Harvey is back on land after coming ashore early Wednesday just west of Cameron, Louisiana. The tropical storm is expected to weaken and continue to the north.

The storm returned to land about 5 miles (8 kilometers) west of Cameron with maximum sustained winds of 45 mph (72 kph).

Center meteorologist Dennis Feltgen said Tuesday that when Harvey came back to shore, “it’s the end of the beginning.”

Harvey is forecast to drop substantial amounts of rain on Louisiana before moving on to Arkansas, Tennessee and parts of Missouri, which could also see flooding.

Feltgen said there’s still a lot of residents in multiple states “who are going to feel the impacts of the storm.”

Harvey first made landfall Friday in Texas as a Category 4 hurricane. 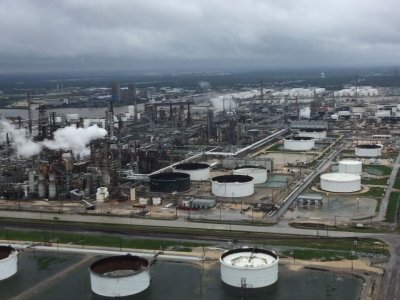 Aerial footage shot over southeast Houston and over Deer Park, Texas – an industrial corridor about 18 miles southeast of downtown Houston – showed a devastating sight left behind by Tropical Storm Harvey on Tuesday. (Aug. 29)

The National Weather Service has issued flash flood emergencies for parts of Southeast Texas, including Beaumont and Port Arthur.

KFDM-TV reports the situation in Port Arthur is dire as homes were expected to fill with rising floodwaters and residents unsure of how to evacuate the city.

Jefferson County Sheriff Zena Stephens tells the station that county resources cannot get to Port Arthur because of the flooding and some residents have gone into survival mode.

Mayor Derrick Freeman said on his Facebook page that the “city is underwater right now but we are coming!” He also urged residents to get to higher ground, but avoid becoming trapped in attics.

Deputy Marcus McLellan says city’s 911 system has been inundated with calls, which are bouncing to other law enforcement agencies. McLellan says the sheriff’s office is working to relay those calls to the proper authorities in Port Arthur.

After five days of torrential rain, the latest weather forecast predicts less than an inch of rain and perhaps even sunshine for the Houston area.

However, the dangers remain far from over. Authorities and family members have reported at least 18 deaths from Harvey, while law enforcement agencies say more than 13,000 people have been rescued in the Houston area and surrounding parts of Southeast Texas.

Houston Mayor Sylvester Turner also implemented a curfew of midnight to 5 a.m. in an apparent response to scattered reports of looting. Police Chief Art Acevedo said violators would be searched and arrested.

Two additional shelters — the Toyota Center and NRG Park — opened to house displaced residents. Louisiana’s governor also offered to take in Harvey victims from Texas, and televangelist Joel Osteen opened his Houston megachurch, a 16,000-seat former arena, after critics blasted him on social media for not acting to help families displaced by the storm.

Harvey is expected to come inland Wednesday near the Texas-Louisiana border.

Amid Harvey floods, Houston chief worries ‘how many bodies?’