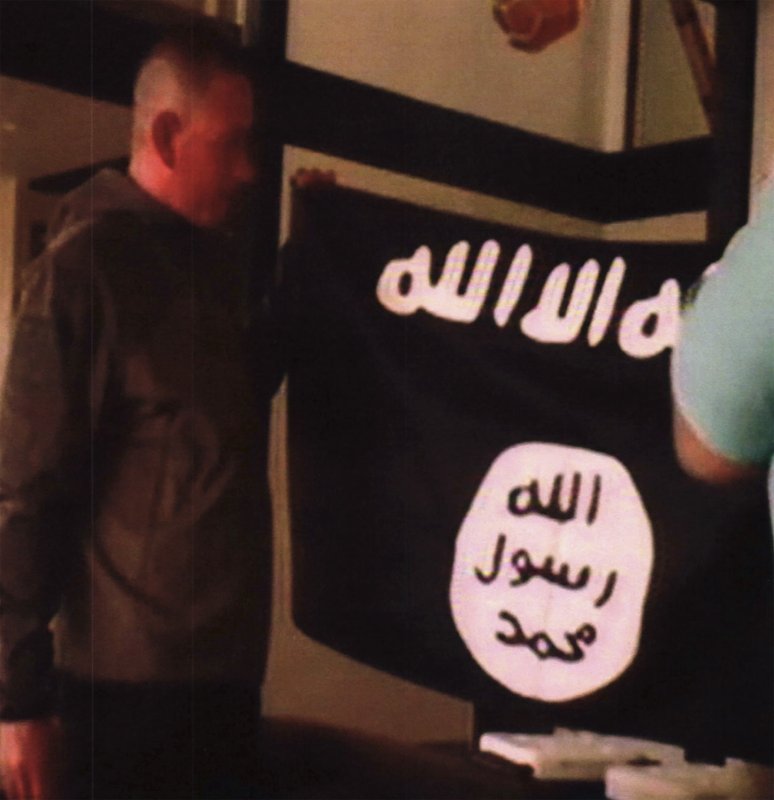 Catalan police say they are carrying out controlled explosions in the town where an extremist cell plotted the attacks in Barcelona and a seaside resort.

In a tweet Saturday, police urged residents of Alcanar not to be alarmed by the detonations in the town, where they believe the extremists rented a house used to prepare their attacks.

The house was destroyed by an apparently accidental explosion on Wednesday. Police believe the blast actually prevented a far more deadlier attack using explosives, forcing the extremists to use more “rudimentary” vehicles instead.

Representatives from the Spanish and Catalan government are meeting to determine the terrorist threat level for the country and its Catalan region, after Barcelona and the southern resort town of Cambrils were hit with terrorist attacks.

Following the Thursday afternoon and early Friday morning attacks that killed 14 people and wounded more than a hundred, Spain’s threat level is now four on a scale that goes to five, a ranking that would warrant military deployments.

Authorities say the attacks were the work of a large terrorist cell that had been plotting for a long time from a house in Alcanar, 200 kilometers (124 miles) down the coast from Barcelona.

Senior police official Josep Lluis Trapero says Saturday that an apparently accidental butane gas explosion at the house, which killed one person, likely prevented the suspects from carrying out a far deadlier attack.

The Philippines government says a child missing after a vehicle plowed into pedestrians in Barcelona is the 7-year-old son of a Filipino woman who had been living in Australia.

The Philippines’ Foreign Affairs Undersecretary for Migrant Workers Affairs Sarah Arriola said in a statement on Saturday that the 43-year-old Filipino woman was seriously injured in Thursday’s attack. She had been based in Australia for the past three or four years.

Arriola says the woman and her son were in Barcelona to attend the wedding of a cousin from the Philippines.

Australia’s prime minister has urged people to pray for the child.

Australian Prime Minister Malcolm Turnbull has asked people to pray for a young Australian boy who is missing after a vehicle attack on a popular Barcelona promenade that killed 13 people.

Turnbull said Saturday that the boy’s mother was badly injured and is in a hospital following Friday’s attack at the Las Ramblas promenade. Turnbull says the boy’s family is searching for him. He did not release the boy’s name.

Police in Catalonia say they have searched two buses in their hunt for violent extremists believed responsible for a pair of deadly attacks in the northwestern region of Spain.

Police say on their Twitter feed that they searched the buses in Girona and Garrigas, towns in the northwest of Catalonia, but the operation yielded nothing of importance. They provided no further information.

Authorities launched a manhunt for members of what they believe to be a Catalonia-based extremist group after 14 people were killed and more than 100 injured in attacks in Barcelona on Thursday and in Cambrils, south of Barcelona, on Friday.

Officials say at least one suspect is still at large.

Police say they have identified the five people, presumed to be the attackers, shot to death by police in the Cambrils incident but gave no details.

Four people have been arrested as part of the investigation.

Surveillance video from inside a Barcelona museum captured images of the van used in the fatal attack on pedestrians speeding down the Las Ramblas promenade where 13 people were killed and many more were wounded.

The video shows a person with a stroller just barely getting out of the white van’s way and other people on the walkway scattering as it barreled down the walkway.

Museum goers who apparently either heard the van or people outside just after it went by are seen in the images gathering near the window and looking outside.

Authorities said the assailants after striking in Barcelona drove a second vehicle to the resort town of Cambrils and fatally injured one person early Friday morning.

The Latest: German campaign on hold after Spain attacks