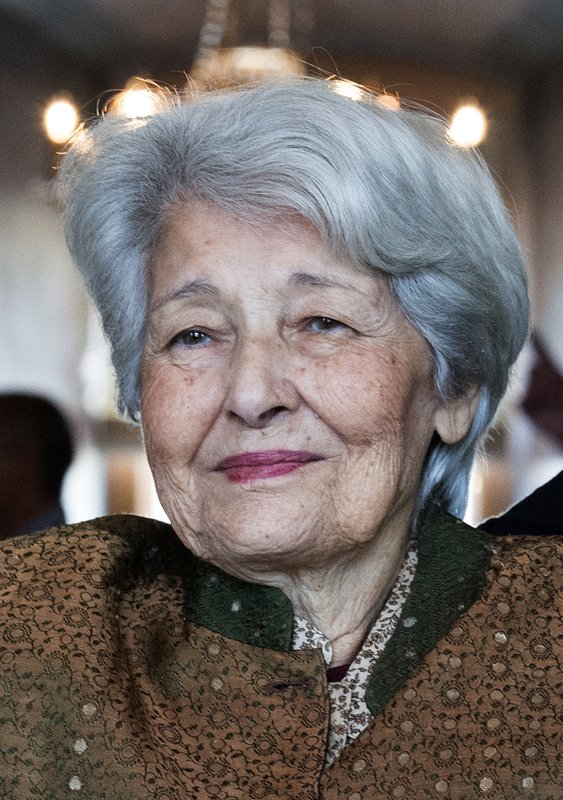 Acclaimed Lebanese author and feminist Emily Nasrallah, who articulated women’s experiences in her writing about Lebanon’s civil war, has died at the age of 87, her daughter said.

Her writing touched on women’s determination, migration and the terror of Lebanon’s 1975-1990 Civil War. She was the author of several books for adults and children, and was awarded regional and international prizes for her work.

Maha Nasrallah said her mother passed away in Beirut on Tuesday following a battle with cancer.

Nasrallah began her career as a journalist and published her first book, “Birds of September,” in 1962, to critical acclaim.

She possessed a distinctively hybrid style that melded the poetic with the descriptive, said Sirene Harb, an associate professor of comparative literature at the American University of Beirut. Several of her books were translated into foreign languages.

“You really travel through the pages. It’s not anymore a book that you have in front of you, it’s something you have inside of you,” said Harb.

Nasrallah was born in the village of Kfeir in Mount Lebanon in 1931 and moved to Beirut at a young age. Along with several other women writers, including Hanan al-Shaykh, she stayed in Lebanon during the civil war, writing from a perspective that transcended the political and patriarchal narratives of the conflict.

Her feminism was “reflected in her representation of strong and rebellious female characters, and role models who challenge patriarchal traditions,” said Harb.

“Birds of September” continues to be taught in schools throughout Lebanon.

Prime Minister Saad Hariri tweeted: “Lebanon and the Arab world lost an icon of literature and Lebanese creativity, and a women’s rights activist.”

Nasrallah is survived by her four children.

GebRaa: A New Breed of Company