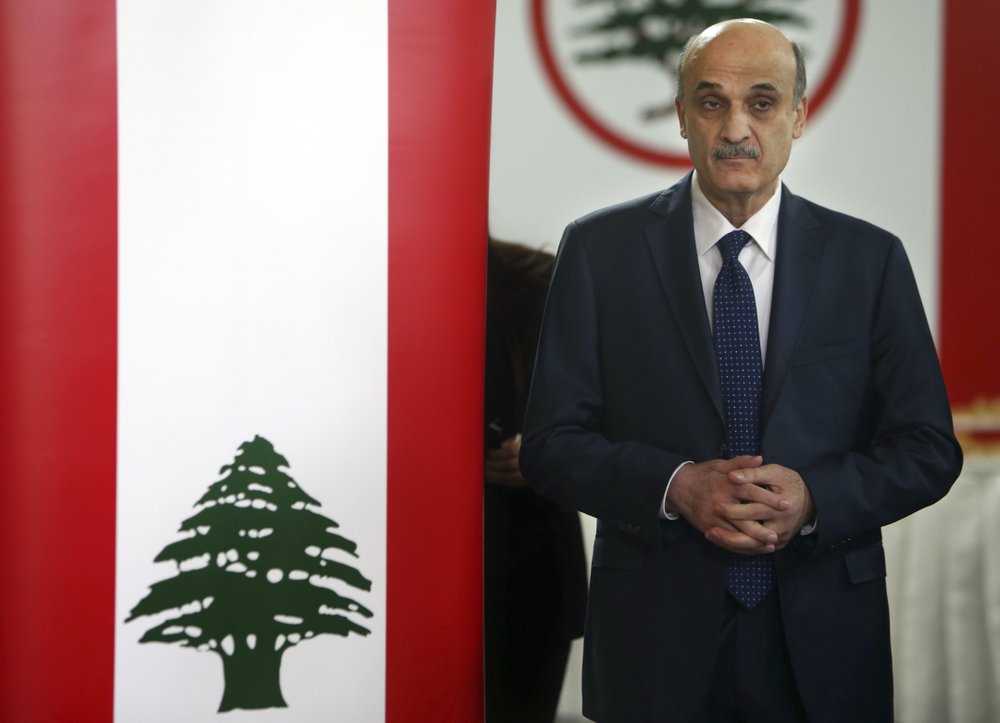 BEIRUT (AP) — The leader of a major Christian group in Lebanon on Tuesday blamed the militant group Hezbollah and its local allies led by President Michel Aoun for the rapidly deteriorating economy and worsening relations with neighboring Arab countries, saying the only solution is for them to leave power.

Samir Geagea, leader of the Lebanese Forces Party, told The Associated Press that Monday’s military activity along the border with Israel was a clear indication the current Lebanese government, which Hezbollah supports, doesn’t have sovereignty in the south, along Israel’s border, where thousands of UN peacekeepers are based.

The Israeli military said it thwarted an infiltration attempt Monday by Hezbollah militants, setting off one of the heaviest exchanges of fire along the volatile Israel-Lebanon frontier since a 2006 war between the bitter enemies. Hezbollah denied its members were involved in any activity along the border while the Lebanese government commented only a day later.

“Yesterday’s incident gives a clear idea about the state of sovereignty for the Lebanese state. Is that acceptable?” Geagea said in the telephone interview. “Which Arab and foreign countries want to deal with a government that considers itself nonexistent at a time when there is a security danger along its border?”

Hezbollah and its allies of the Free Patriotic Movement of President Aoun control majority seats in parliament and are the main backers of the current government that took office earlier this year. Prime Minister Hassan Diab replaced Western-backed Saad Hariri who resigned in October, following nationwide protests against widespread corruption and mismanagement by Lebanon’s rulers.

Since then, the government has struggled to contain the escalating crisis, made worse by the pandemic. The government defaulted on paying back its debt for the first time in March, and the past few months have seen the Lebanese currency lose more than 80 percent of its value.

The government has requested a bailout from the International Monetary Fund but negotiations with the lender that started in mid-May have stalled because of divisions within the Lebanese leadership. Oil-rich gulf nations as well as international donors are refusing to give Lebanon a hand before major reforms are carried out within state institutions.

Geagea, whose party has taken part in successive governments for the past decade and has 15 legislators in the 128-member parliament, said Lebanon received much assistance from Arab and Western countries in the past but all was wasted. Only a new, independent government would be able to win back the international community’s confidence, he said.

Geagea warned the alliance between of Hezbollah and Aoun’s party “has brought Lebanon to where it is and they will continue to do the same in the months to come.”

“As long as they are in power we will continue in the crisis. It is a very simple and clear equation,” Geagea said. “They are living on a different planet.”

The state’s strategic decisions are in Hezbollah’s hands, leading to deteriorating Lebanon’s relations with Arab states, he also said.

Geagea, whose party played a major role in Lebanon’s 1975-90 civil war, said that once Hezbollah withdraws its fighters from Yemen, Syria and Iraq, and stops implementing Iran’s policy, Arab states will most likely review relations with Lebanon.

Image: In this April 4, 2014 file photo, Samir Geagea, leader of the Christian Lebanese Forces party, enters a hall to meet with his senior party officials to announce his candidacy for the Lebanese presidency, in Maarab east Beirut, Lebanon. Geagea told The Associated Press on Tuesday, July 28, 2020 that he blamed the militant group Hezbollah and its allies led by the country’s president for the rapidly deteriorating economy and Lebanon’s worsening relations with Arab countries. He says the only solution is for them to leave power. (AP Photo/Hussein Malla, File)

Netanyahu warns Hezbollah against playing with fire after frontier incident