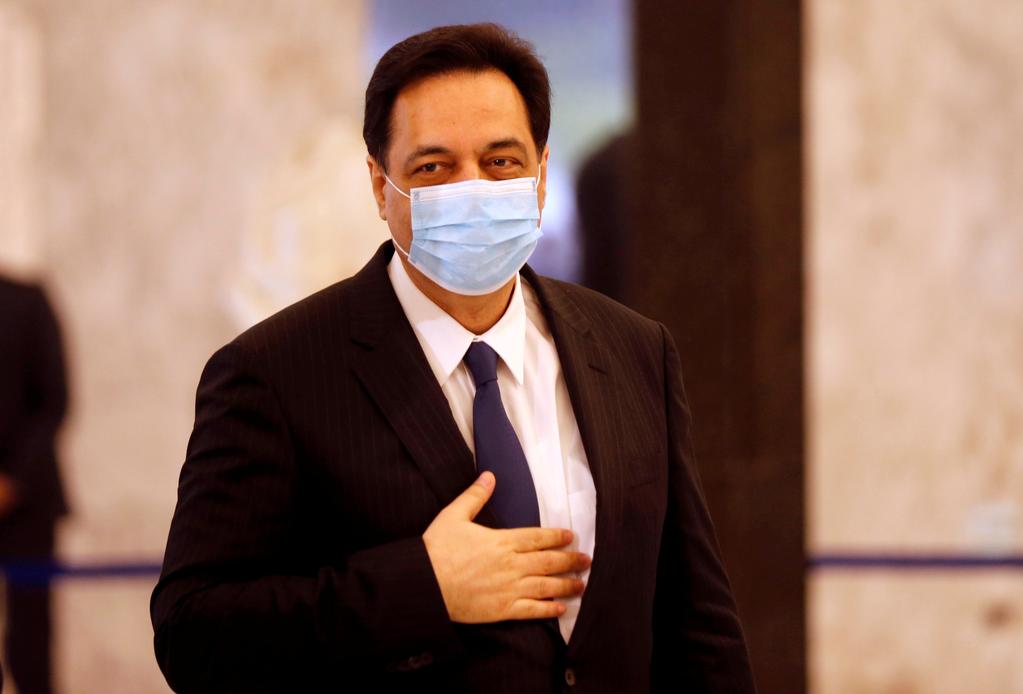 The Lebanese pound has lost more than half its value since October as the country sinks deep into a financial crisis on a scale it has never seen before.
Related Coverage

“I received a promise from the governor … that the (central) bank will intervene in the market, starting from today, to protect the Lebanese pound and rein in the rise of the dollar exchange rate,” Prime Minister Hassan Diab said in a televised speech earlier.

He also said importing basic foodstuffs would be supported and prices monitored so that Lebanese would soon see a decline in costs.

In separate comments on Thursday, Diab warned the country risked a major food crisis and many Lebanese might soon find it hard to afford bread because of the situation and the fallout of COVID-19.

“Lebanon is facing a dramatic challenge that seemed unimaginable a decade ago: the risk of a major food crisis,” the premier wrote in a Washington Post op-ed.

Inflation, poverty and unemployment have soared. The prices of many consumer goods have doubled in the past six months.

The official pegged rate of 1,507.5 Lebanese pounds to the dollar remains available for imports of wheat, medicine and fuel, while the currency has collapsed on the parallel market.

Banking controls force most importers to get foreign currency on the informal market, where scarce dollars have changed hands at around 4,000 pounds recently.

The central bank said last week it aimed to provide dollars for imports at an exchange rate of 3,200 Lebanese pounds to reduce food prices.

Image: FILE PHOTO: Lebanon’s Prime Minister Hassan Diab, wearing a mask, arrives to attend a meeting with Lebanese political leaders to present the plan aimed at steering the country out of a financial crisis, at the presidential palace in Baabda, Lebanon May 6, 2020. REUTERS/Mohamed Azakir/File Photo