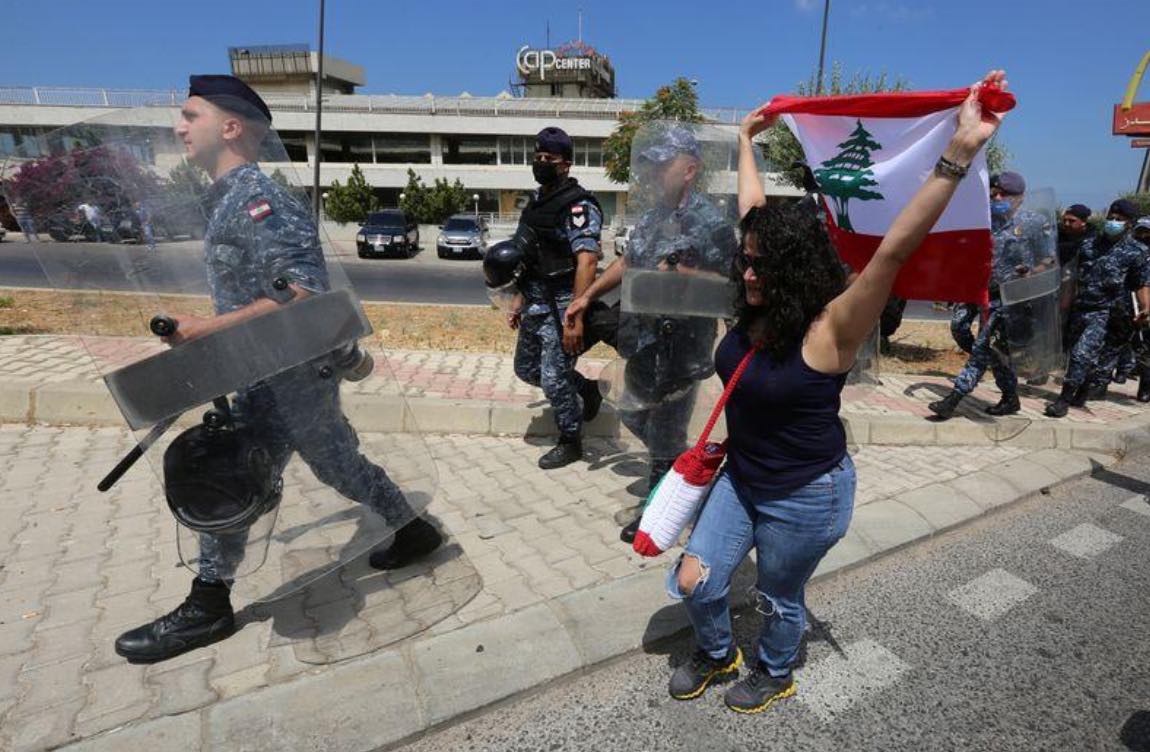 BEIRUT (Reuters) — President Michel Aoun warned on Thursday of an “atmosphere of civil war” during recent unrest in Lebanon and what he described as attempts to stir up sectarian tensions as a financial crisis sweeps the country.

Aoun, a Maronite Christian, was speaking at a meeting that he said was called to protect civil peace but which was boycotted by opponents including Sunni Muslim leader Saad al-Hariri and other ex-prime ministers who said it a waste of time.

The crisis is seen as the biggest threat to Lebanon’s stability since the 1975-90 civil war. A 75 percent decline in the Lebanese pound since October has been reflected in soaring prices and savers have been frozen out of their deposits.

Aoun’s comments referred partly to confrontations in Beirut earlier this month that opened old sectarian faultlines between Shia Muslims and Christians and between Shia and Sunnis.

“We touched the atmosphere of civil war in a worrying way. Movements replete with sectarian tensions were launched in a suspicious manner,” Aoun said.

Lebanon’s sectarian power-sharing system requires the president to be a Maronite, the prime minister to be a Sunni and the parliament speaker to be a Shia.

Prime Minister Hassan Diab, appointed in January with backing from Aoun, the powerful Iranian-backed Shia group Hezbollah and Parliament Speaker Nabih Berri, said the exchange rate was the only concern for Lebanese.

“Lebanese want the central bank to control the dollar exchange rate vis-à-vis the Lebanese pound and to preserve the value of their salaries and savings,” he told the meeting.

Former prime ministers Hariri, Najib Mikati and Tammam Salam said the real threat to stability may come from the deteriorating economic and financial situation and “this cannot be solved by large meetings that do not have a clear agenda.”

Image: A demonstrator holds a Lebanese flag during a protest against the government performance and worsening economic conditions near the presidential palace in Baabda, Lebanon June 25, 2020. (REUTERS/Aziz Taher)

Nasrallah says Lebanon should not observe US Syria sanctions