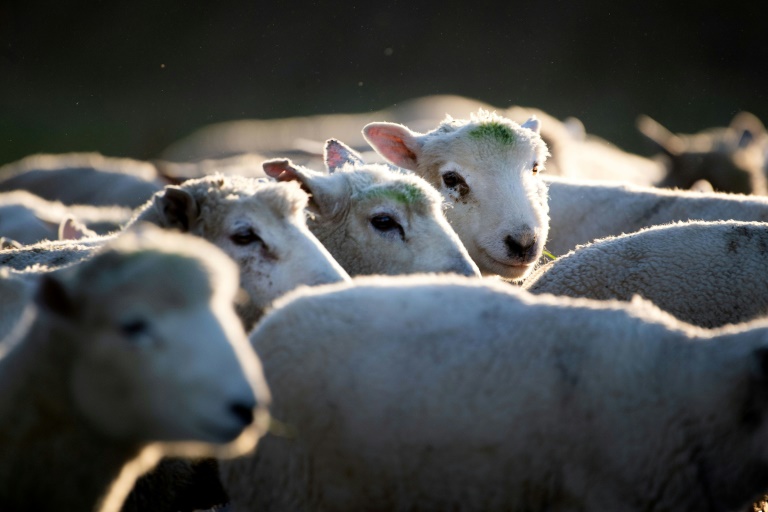 When livestock rustlers came for sheepbreeder Daniel Wheeler’s prize ewes in the dead of night, they didn’t take the animals alive — they slaughtered them on his New Zealand farm and took the meat to sell on, leaving just blood and guts behind.

Rustling may sound like a relic from the days of the Wild West, but it has become so prevalent that authorities recently introduced tough new penalties of up to 10 years in jail.

Rustlers can range from individuals supplementing their pantry with one or two animals to highly organised gangs that steal entire herds or kill the animals on site and take the meat, according to rural lobby group Federated Farmers of New Zealand.

For Wheeler, who has worked for decades in the farming industry, it was a heavy blow.

“They were close to lambing and the foetuses had been cut out and were just lying there in the yard. That and the entrails of the five ewes that they killed was all that was left… I was shocked to be honest, shocked and angry,” he explained.

While that night in September 2017 stands out for him because it was so gruesome, he said livestock theft is “remarkably common” in rural New Zealand.

“I’m a sheep scanner by trade (checking if ewes are pregnant) which takes me onto about 200 farms a year and I hear about it all the time,” Wheeler added.

Some rustlers had gone hi-tech, using night-vision goggles and thermal imaging to locate animals in the dark, Miles Anderson of the Federated Farmers warned.

AFP / Marty MELVILLE Farming is the backbone of New Zealand’s economy, accounting for about NZ$25 billion ($16.5 billion) in exports in 2017

In some cases, hundreds of animals at a time are trucked away and have their ID tags altered so they can be sold on to unwitting farmers or meat processing plants.

If moving large animals such as cattle is considered too much trouble, the rustlers kill and butcher them on the spot, Anderson said.

“The farmer will go out in the morning and just find the guts and pelt of the beast lying in the paddock,” he said.

“It’s very distressing for the farmers and their families, not just because of the cruelty towards the animals but also because they know they’ve had armed thieves on their land in the middle of the night. It’s often in remote areas, it affects people’s sense of safety,” he added.

The farmers’ group says about a quarter of its members have reported falling victim to rustling, costing about NZ$120 million ($80 million) annually.

Farming is the backbone of New Zealand’s economy, accounting for more than NZ$30 billion ($19.7 billion) in exports in 2018.

The country of an estimated 4.9 million people has about 27 million sheep and 10 million cattle grazing on its lush but rugged pastures.

The prices paid on the black market are not known but Harry Stanway, a farmer who now works as a stock agent in the South Island’s Canterbury region, said it was enough to fuel an increasing rustling problem.

“It’s pretty gut-wrenching, it’s like someone coming to your house and taking everything out of it, They’re taking your livelihood, it’s not a nice feeling,” he added.

Before the law changed, police could only charge rustlers with a property crime called “theft of animals” and it was only considered an offense if the animal was killed.

AFP / Marty MELVILLE Some rustlers had gone hi-tech, using night-vision goggles and thermal imaging to locate animals in the dark

The culprits who slaughtered Wheeler’s ewes were never caught and he said many farmers did not bother to report cases of rustling after similar experiences.

The changes mean rustling livestock now attracts a prison term of up to seven years, while entering a farm with the intention of stealing livestock or agricultural equipment is punishable by up to 10 years behind bars.

“(This) gives police and the courts the tools they need to rope in the rustlers,” Justice Minister Andrew Little said.

Anderson was optimistic the changes, which took several years of lobbying to achieve, would result in authorities treating rustling more seriously.

“It used to be a hanging offense in the old days, not that we’re pushing for that,” he joked.

“But as a farmer said to me recently — ‘if someone stole $70,000 from a jeweler in the city, the police would be onto them pretty quick’,” he explained, adding: “That’s the type of losses we’ve been facing and we hope now we can work with them to stop that happening.”