A magnitude four earthquake shook Egypt at 11:35 am on Monday, according to Chairman of the National Seismic Network Ahmed Badawi.

Badawi added that the earthquake hit strongly in Cairo, Giza and Delta governorates.

The earthquake’s center point was located in the al-Katameya area of Cairo, Badawi pointed out, adding that it did not result in any causalities.

The Pharaohs recorded earthquakes and their destructive effects. They considered them “God’s Hammer”. They even had ways to predict earthquakes through what they called a “Well Observatory,” whereby they would study changes that occur on the water’s surface in the well.

Egypt was hit by a devastating earthquake in the 19th century BC that affected Siwa Oasis.

Another major earthquake took place during the Middle Kingdom, which affected the Karnak area, Nubia and the Red Sea border. It cracked the Amenhotep III temple, his two statues and the statue of Queen Tiye.
A third earthquake took place during the 12th Dynasty when Egypt’s first artificial lake, Lake Qarun, was formed. It was caused when the lake was filled with water, causing increasing pressure on the ground. The same happened when the High Dam’s artificial lake was filled.
One of the most famous earthquakes recorded in the history of ancient Egypt was the massive one that struck Alexandria and caused parts of the city to sink into the Mediterranean Sea, including the Isis Temple.
In 1903, Egypt was hit by an earthquake, which was the strongest of the last century, killing 10,000 people.
An earthquake took place on October 12, 1992, measuring 5.6 on the Richter scale, killing 541 people and injuring 6,522 others. It destroyed 398 buildings and left 8,000 other buildings threatened with collapse.
On November 22, 1995, the largest of Egypt’s earthquakes in modern history measured 7.2 on the Richter scale. It hit the city of Nuweiba on the Red Sea, killing five people and wounding dozens of others. It was felt in North Africa, Spain and Turkey.

An earthquake reading 5.8 magnitude on the rictar hits Mediterranean Monday 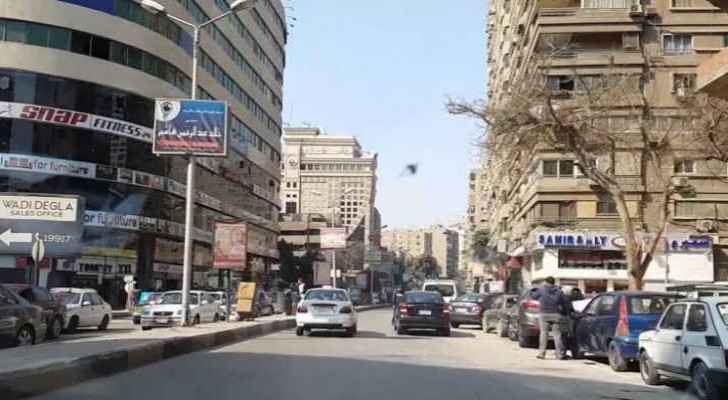