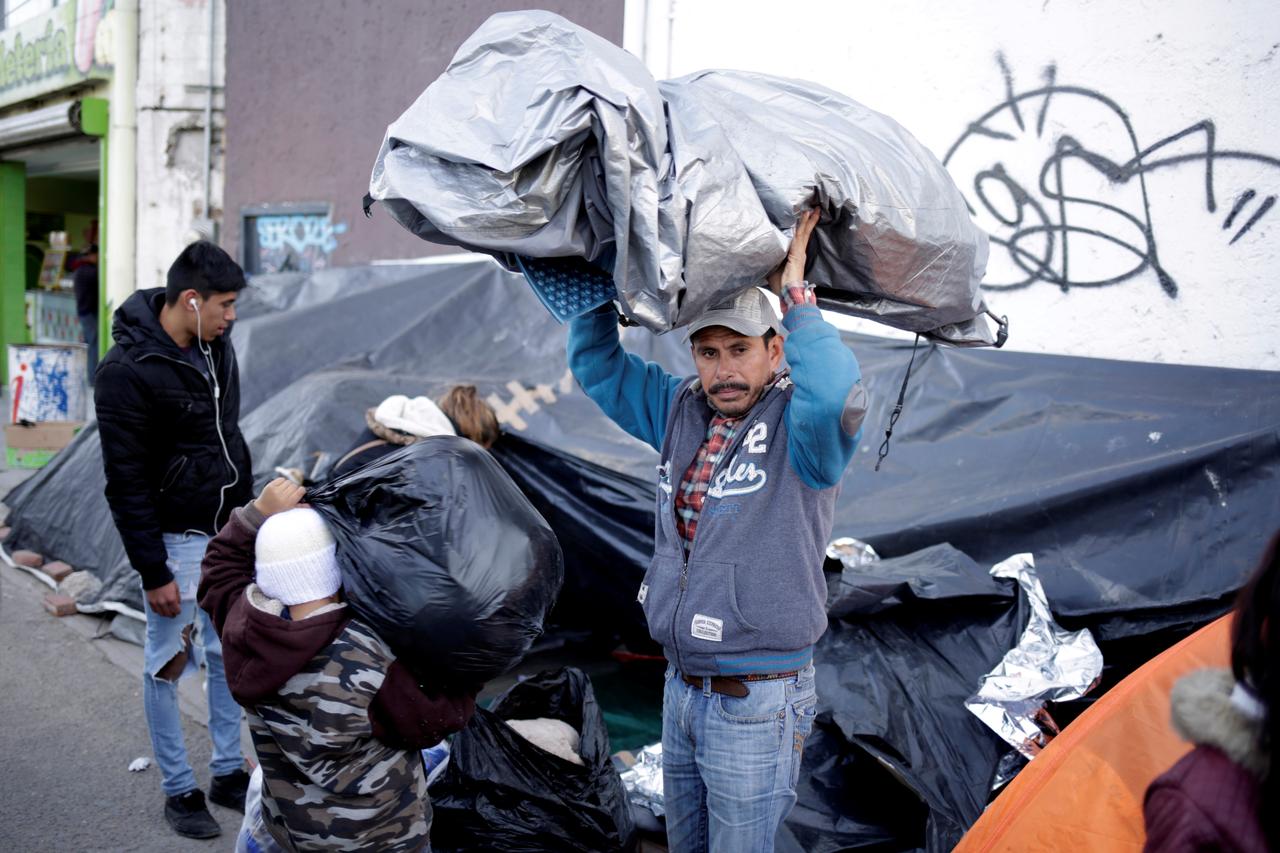 CIUDAD JUAREZ (Reuters) – Mexican authorities on Tuesday removed almost 100 Mexican migrants seeking asylum in the United States from a camp in downtown Ciudad Juarez, across the border from El Paso, Texas, according to a Reuters witness, after state police threatened to separate parents from their children.

Ciudad Juarez has been received growing numbers of Mexicans seeking to apply for asylum in the United States, leading to a backlog in the city as US border officials limit the number of asylum cases they receive at the port of entry each day.

The operation came a day after news that the United States will deport some Mexican asylum seekers to Guatemala.

Mexican authorities have for months tried to move the migrants from outdoor camps into shelters, citing cold weather, as temperatures dropped below freezing. The 93 Mexicans had so far declined the offer.

In a video recorded Monday night by a Mexican migrant, a man identifies himself as part of the Chihuahua state police and accuses the migrants, who have been camping near the border crossing for months, of neglecting their children.

Reuters has seen the video but did not witness that incident.

In the video, the man orders the migrants to leave the camp by Tuesday and move to a shelter. He then threatens to separate the parents from their children.

A spokesman for the state prosecutor’s office confirmed to Reuters that the man in the video was one of their officials but denied that the migrants were threatened.

“He at no moment threatened them – he forewarned them, which is different,” the spokesman said. “There were around 10 complaints from family services who had come to the prosecutor’s office and said these people were being neglectful toward their children.”

The migrant from the Mexican state of Guerrero, who declined to give her name for security reasons, but recorded the incident on her cell phone, said two more state police officers arrived to support the first officer.

The woman and her husband said they had been waiting four months to cross into the United States to apply for asylum, but with only a few days left before their turn for a hearing was due they wanted to stay put. The family of five eventually relocated to a shelter together with the other migrants.

Ciudad Juarez officials, including Rogelio Pinal, head of the city’s human rights office, on Tuesday afternoon led the migrants onto shuttles to a single shelter and dismantled the tents.

“It’s better to take them willingly and not force them,” Pinal said.

Some migrants disagreed. “It’s not what we want to do, but we have to do it anyway,” one migrant said.

Image: Mexican asylum seekers camping near the Paso del Norte international border crossing bridge while waiting to apply for asylum to the US are evicted by the local government, who will move them to a local shelter, in Ciudad Juarez, Mexico January 7, 2020. REUTERS/Jose Luis Gonzalez

US border chief quits amid outcry over child detainees

From El Salvador to Texas, navigating the US asylum maze