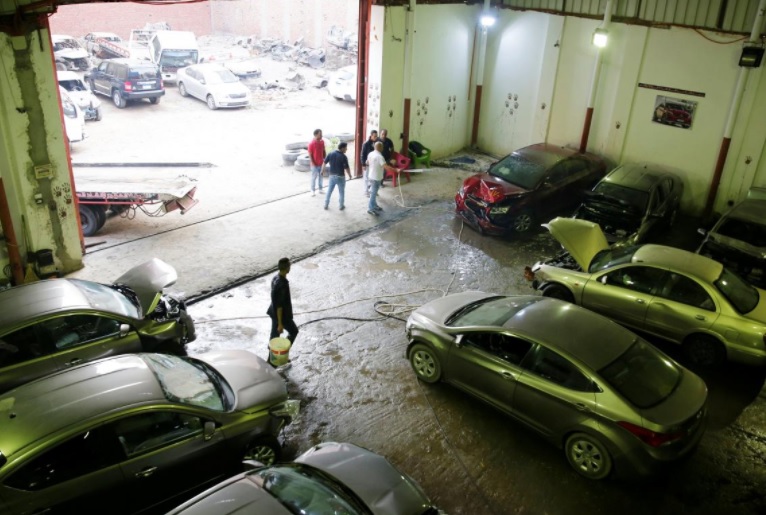 Swapping new cars for cheaper models, cutting back on pricy supermarket shopping and giving up holidays abroad, middle-class Egyptians are finding strategies to stay afloat after a currency reform a year ago sent their living costs soaring.

Egypt floated its pound in November 2016 as part of a $12 billion International Monetary Fund loan package, and the currency lost half its value, eroding spending power and pushing inflation to record highs over 30 percent this summer.

President Abdel Fattah al-Sisi’s government has been praised by IMF and World Bank economists for reform progress and for measures to shield the poorest from the fallout. But middle-income Egyptians say it has been a year of cutbacks, cost saving and crisis management.

Presidential elections are due early next year and Sisi is expected to seek another term. But some Egyptians are finding that their new economic reality is crowding out politics as they struggle to maintain standards.

Others are digging deep and insist that despite the pain of austerity, Sisi remains the only candidate to provide stability after the years of turmoil that followed the 2011 uprising that ousted Hosni Mubarak.

Overcoming voter apathy may be a challenge if the former military commander decides to run when critics say he will face little competition after what rights groups describe as an unprecedented crackdown on opponents and dissidents.

Low turnout was a worry in 2014, when Sisi won by a landslide, as a popular figure who had overthrown president Mohamed Mursi of the Muslim Brotherhood after mass protests the previous year.

“The rise in prices changed things,” said Ayman, a Cairo bookstore owner. “We hoped for good things from President Sisi … He is a good man and I voted for him, but we are not feeling the progress, all I care about is giving my son a good life, a good home.”

Economic reforms have come at a fast pace.

The IMF deal called for broad adjustments to Egypt’s state subsidies to slash deficits as part of Sisi’s promise to revive an economy hit hard by unrest, protests and militant attacks in the last six years.

Backed by the IMF and the World Bank, Sisi’s government says the overhaul will lead to long-term growth and the return of foreign investment. Officials have adopted programs to provide the poor and vulnerable with cash and other protections.

Still, fuel costs have doubled with two increases in subsidized prices. Electricity prices are up and a new tax helped push inflation to more than 30 percent in July. That has now eased to 25 percent and is expected to fall further soon. But it has been a crushing struggle for some.

Hisham Azz al Arab, chairman of Egypt’s largest private bank CIB, said those on middle and upper incomes were the most affected by the economic reforms, but it would take time for their impact to balance out for those families.

“We saw that clearly in their behavior of spending, it started to change,” he told CNBC. “For the middle and upper class it is a matter of time before income and productivity start to catch up to pre-reform levels.”

A 2016 World Bank survey found the middle class represented around 10 percent of the country’s population of about 90 million just before the Arab Spring protests. Middle-class activists were among the leaders of the 2011 uprising.

For professionals like Karim, a Cairo small business owner, it was a stark adjustment. Monthly food bills went from 1,200 LE ($67) to 3,200 LE ($179). That meant for the first time bargain-hunting for food, giving up luxury goods, and using the car less to cut back on fuel spending.

It also meant paying employees more to keep them, while at the same time making sacrifices to keep his children in school.

“The middle class has only two options, fall into the lower class, which is hard for them to do, or get more enterprising,” he said. “Everyone is trying to show they are still in the middle class, people want to tell themselves that.”

For others, maintaining a middle-class lifestyle has meant dipping into savings and giving up restaurants or even turning to relatives for help with the cost of family holidays.

“It’s extinct,” said Islam Askar, a contracting company owner, of the country’s middle class. “There isn’t a household in Egypt that hasn’t been hit by the decrease in the pound and the rise in the prices.”

Economists say middle-class erosion had been reflected in figures for car sales, the weakness in some consumer stocks and in outbound tourism.

For some, like Mahmoud Al-Abadaly, hunting for bargains among the crash-damaged vehicles at a second-hand car shop, politics comes second to cash considerations. A car normally worth 300,000 LE ($17,000) can be fixed up and had for half that price, he said.

“When a car has been in an accident, its price drops,” he said. “Everyone is trying to do this now because they need to save.”

But Egypt’s inflation outlook is already improving a year after the float, falling to 26 percent in November. Finance Minister Amr el-Garhy said that would fall to around 14 percent by August next year.

What impact a year of austerity will have on Sisi’s popularity is unclear. He has yet to announce his intentions, though supporters have already started a petition campaign for him to run for a second term. For his hardcore backers, it is time to rally behind him despite hard times.

“I will be for Sisi again for the presidency even with inflation, rising prices and the poor state of the economy,” said Ali Abou Al-Saoud, a sales representative.

But some of the president’s high-profile backers have turned against him, partly over the economy.

Turnout may be key for credibility, analysts say, as the government rebrands Egypt as a more stable bet for foreign investment after years of unrest. In 2014, turnout was about 47 percent, less than Sisi had called for.

At the time, Sisi was idolized by many, although his support base has since slipped, critics say. However, protests are now restricted by law and secular activists have been rounded up. Other Egyptians say political fatigue has set in.

“There is still a strong sense of wanting to maintain and enjoy the relative security,” said Ziad Bahaa Eldin, a deputy former prime minister who now works as an economist. “People are suffering from inflation but they want stability.”

Egyptians will start feeling effects of reforms in 2018: IMF

Egypt to receive next IMF loan disbursal in December - minister