Hurricane Florence is expected to become a Category 5 storm as it churns towards the US East Coast. Authorities are warning of severe coastal and inland flooding.

Hurricane Florence intensified to a Category 4 hurricane on Monday as it barreled towards the US East Coast, where millions of people are bracing for potentially devastating winds and water later this week.

Packing winds of up to 220 km/h (140 mph) late Monday, Florence was expected to further strengthen and become “an extremely dangerous major hurricane” by the time in makes landfall in the Carolinas on Thursday, the National Hurricane Center (NHC) said in a 21:00 UTC update. 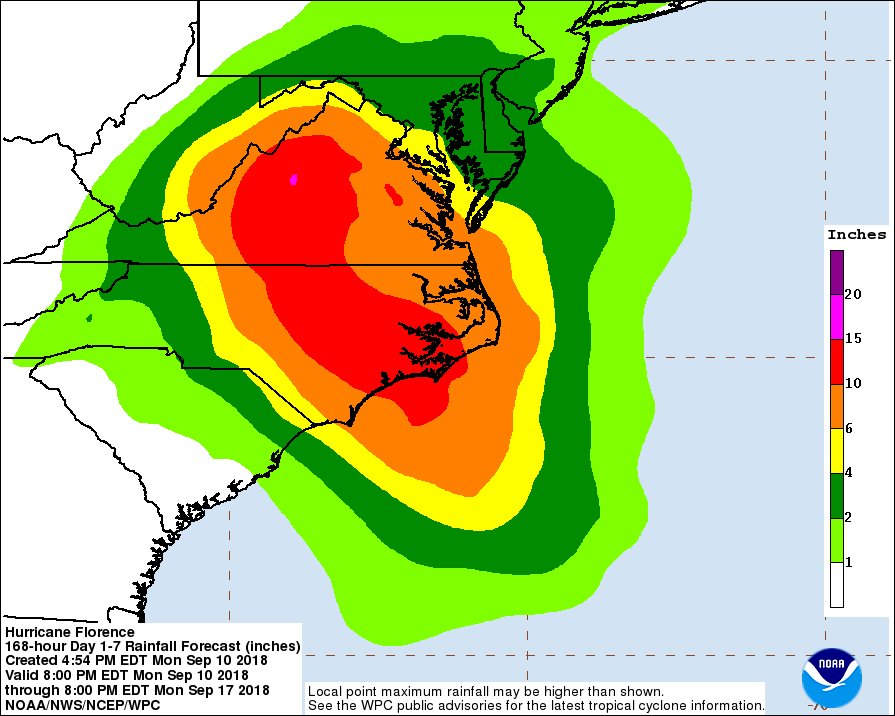 North Carolina, South Carolina, Virginia and Maryland have all declared a state of emergency and told residents to prepare for flooding and power outages.

Coastal areas are likely to experience storm surges and the hurricane may dump heavy rains across the entire mid-Atlantic region, causing dangerous floods.

“Life-threatening freshwater flooding is likely from a prolonged and exceptionally heavy rainfall event, which may extend inland over the Carolinas and mid-Atlantic for hundreds of miles as Florence is expected to slow down as it approaches the coast and moves inland,” the NHC warned.

“We have already began mobilizing our assets to respond accordingly, and we are here for you!” he wrote on Twitter.

Major US military installments may be in the path of the Florence, including the largest Marine base at Camp Lejeune in North Carolina and the world’s biggest  Navy base in Norfolk, Virginia.

Florence is expected move between Bermuda and the Bahamas on Tuesday and Wednesday,

Atmospheric rivers aren’t just a problem for California. They’re changing the Arctic, too