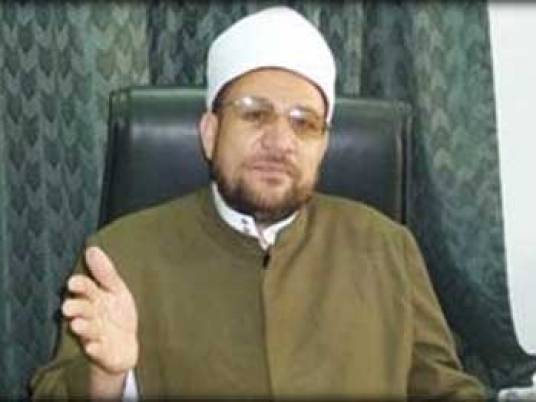 Endowments Minister Mohamed Mokhtar Gomaa has asked employees to take stock of the libraries annexed to mosques across the republic and remove books unlicensed by the ministry, sources within the ministry have told Al-Masry Al-Youm .
According to the sources, the ministry learned that books believed to promote fundamentalist Islamist thought are being read to the public at several mosques across the country.
Mohamed Abdel Razeq, the head of the ministry’s religious department, told Al-Masry Al-Youm that while mosques with large libraries do not constitute a problem, as they are subjected to annual stock-taking, smaller libraries, which rely on books donated by the public, pose a threat for promoting jihadist thought.
Abdel Razeq said the problematic books contain literature by Muslim Brotherhood founder Hassan al-Banna, Qatar-based, pro-Brotherhood preacher Youssef al-Qaradawy and late Islamic author and former Brotherhood leader Sayyed Qutb.
He said that a bulletin has circulated among all ministry departments to take stock of mosque libraries and “burn” the unauthorized books. He warned that imams who violate the rules and read from those books while preaching will be punished.
The Endowments Ministry embarked on a campaign to clear its staff from preachers sympathizing with the Brotherhood since the ouster of former president Mohamed Morsi in 2013. It has prevented unauthorized imams from giving sermons or leading religious rituals.
Edited translation from Al-Masry Al-Youm