Minya–The crisis between Minya Governorate and the church of Maghagha escalated yesterday as hundreds of Copts demonstrated, objecting to Governor Ahmed Diaa Eddin’s decision to halt construction of the city’s new cathedral.

Anba Aghathon, the bishop of Maghagha, declined to attend a meeting called for by Diaa Eddin to resolve the issue. Security and local officials phoned Aghathon to urge him to end the crisis, but the bishop said he would stage a protest in front of Abbassiya Cathedral in Cairo.

Diaa Eddin once more accused Aghathon of breaching a previous deal with the governorate concerning the demolition of the old cathedral building. He said he had approved establishing the new church over an area of 1800 square meters, compared with the 600 square meters on which the old building was situated.

Al-Masry Al-Youm obtained a copy of the deal signed between the governorate and the bishop on 13 March. The agreement specifies that the new cathedral will include an area for medical and other services, covering the site of the old church. The deal notes that the project in this part of the site must not be changed or given a religious nature.

The governorate on the other hand is obliged by the agreement to finish the licensing procedures for establishing the church once the old building has been completely demolished. 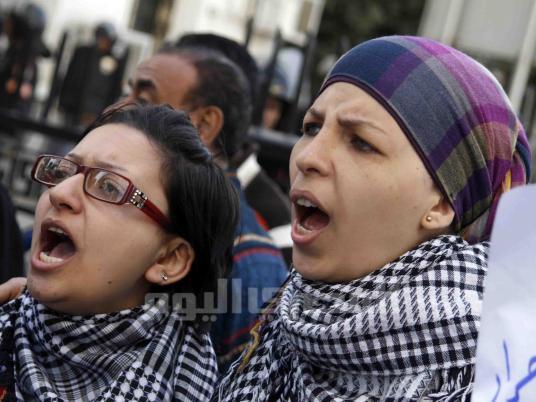