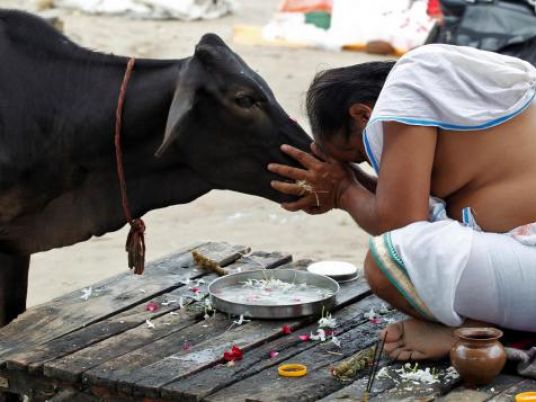 A mob in India beat to death two Muslims who were accused of trying to steal cows for slaughter, police said on Monday, the latest incident in a surge of violence blamed on hardline Hindu groups.

Some Hindu groups are demanding a ban on the slaughter of cows, which many Hindus regard as sacred.'

Activists have been making their demands more vociferously since Prime Minister Narendra Modi, of the Hindu-nationalist Bharatiya Janata Party, came to power in 2014.

Police said the latest attack happened on Sunday in a village in the northeastern state of Assam.

About 20 people attacked the two Muslim youths, beating them with sticks, after they were accused of plotting to steal cows.

"When the first police team reached the spot we found the two youths in critical condition after being severely beaten," district police chief Debaraj Upadhay told Reuters by telephone.

Some television pictures showed the two victims with their hands tied.

The parents of one of the youths had lodged a complaint and police were investigating. No arrests had been made, Upadhay said.