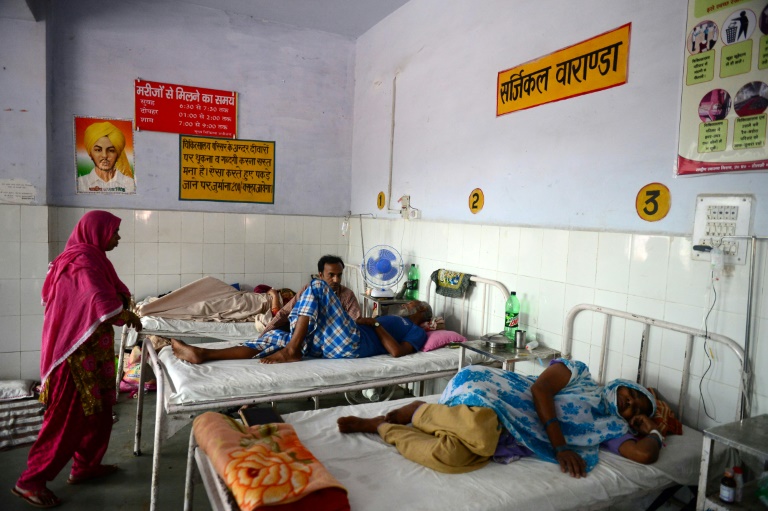 While Prime Minister Narendra Modi’s nationalist tub-thumping has been widely credited with his recent election win, another factor was one he kept relatively quiet about: Modicare.

Despite some teething problems and a dire need for further reforms and more spending, this huge initiative launched last year — one of the world’s largest publicly funded healthcare programmes — has made a difference.

“This scheme has infused a sense of belief in the poor that if they fall sick they will get treatment without spending a rupee,” said Anil Agarwal, chief medical superintendent at a hospital in Sitapur, a city with some of India’s worst health indicators.

Indeed, voting data from the mammoth election that ended last week with a landslide for Modi showed particularly strong support for his right-wing party in poorer areas where people would have benefited most.

“It has certainly been welcomed as a welfare measure by the poor and probably contributed to (Modi’s) electoral victory,” said K. Srinath Reddy, president of the non-profit Public Health Foundation of India.

The flagship programme, dubbed Modicare, covers hospital costs up to $7,200 for the poorest 40 percent of Indians, or some 500 million people, in a country where the average annual income is about $1,670.

Even before Modicare, or the National Health Protection Scheme (NHPS), was introduced in September, treatment was largely free at government hospitals.

But patients still had to shell out for diagnostics and medicines, which make up a big chunk of the costs of hospital care, as well as for implants like stents.

Private clinics were out of reach for many, with a consultation alone costing some 1,000 rupees ($15) — a large amount for millions living on less than $2 a day. But now poorer Indians can visit these clinics, providing they sign up to the scheme.

Sabir Ali, an impoverished weaver who got a Modicare card for himself and his family to use at any of the 15,000-odd participating hospitals, had a cyst removed from his forehead.

“It was unbelievable to hold the card in my hands,” Ali told AFP, his head bandaged at the Sitapur district hospital in northern India.

“I used the card and I didn’t have to spend a single rupee on my treatment.”

Until recently only a quarter of India’s population had any health insurance, forcing hundreds of millions to pay out of their own pockets, go to quack doctors or just skip treatment.

An estimated 60 million Indians are pushed below the poverty threshold every year paying for medical care, while a report last year by The Lancet medical journal found substandard healthcare was responsible for some 1.6 million deaths a year.

Almost two million people have benefited from the scheme so far, with the government allocating some $1.2 billion since the launch. The costs are shared between federal and state governments 60:40.

“Schemes such as Modicare played a larger role (in the election outcome) than anyone had anticipated,” said political analyst Parsa Venkateshwar Rao.

“The overall message that has gone out is that Modi is willing to help the poor.”

In his second term, however, Modi will have to iron out some of the scheme’s teething problems, with some hospitals complaining they cannot recoup what they spend.

“We can’t cope with (receiving) 9,000 rupees ($128) for a caesarean section which would include stay of the patient, fees of the anaesthetist, paediatrician, medicines and so on,” said Doctor V.K. Monga from the Indian Medical Association.

“But corrective steps are being taken… The health sector is overall satisfied now with the scheme,” he told AFP.

“If the state governments too can be stimulated to increase their health budgets, the scheme will become sustainable.”

The newly re-elected prime minister has promised to hike health spending to 2.5 percent of GDP by 2025, from 1.15 percent now — one of the lowest in the world — but it is unclear if this will suffice.

Ali too has his complaints.

“I live nearby the hospital so I can come, but if someone lives outside the city, they will struggle with the number of times they are expected to visit the hospital,” he said.

“They make us run around a lot.”

But the family of Vindeshwari Devi, who has had her uterus removed at the same Sitapur hospital, is satisfied.

“I think this scheme is good and it will only get better,” said Sunil Kumar, a daily-wage laborer and Devi’s son-in-law.

“For those who have nothing, it means a lot.”

'Love vs. hate' in penultimate Indian election round