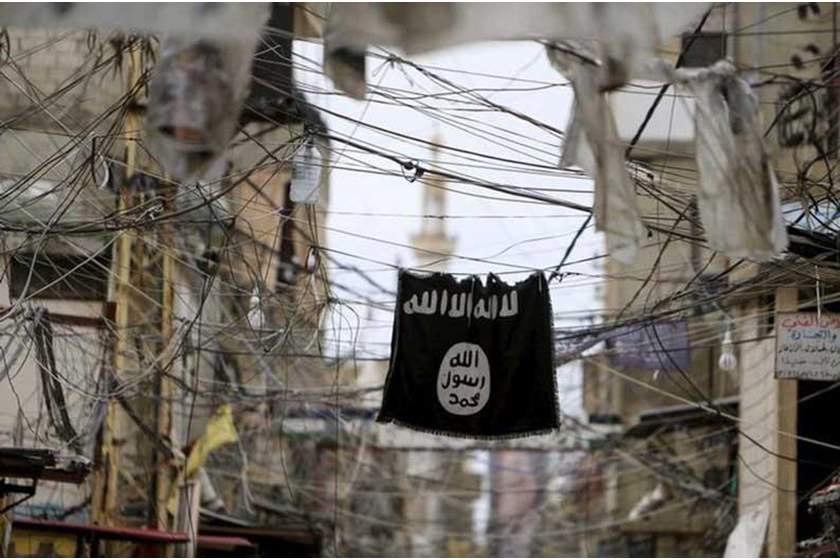 ISIS militants, many of them foreigners, surrendered to US-backed fighters in eastern Syria on Wednesday, bringing the Kurdish-led force closer to taking full control of the last remaining area controlled by the extremists, a Kurdish official and activists said.

Çiyager Amed, an official with the Syrian Democratic Forces, confirmed that a number of ISIS fighters who had been holed up in Baghouz gave themselves up, without giving numbers. He said most of those remaining were Iraqis and foreigners and that few civilians remained in the tiny area still controlled by ISIS, although women and children continued to trickle out of the enclave.

The capture of Baghouz and nearby areas would mark the end of a devastating four-year global campaign against the extremist group. US President Donald Trump has said the group is all but defeated, and announced in December that he would withdraw all American forces from Syria.

Amed said the operation was slowed down due to the militants’ use of civilians as human shields.

Bali also said the fighters who remained appeared to be among the ISIS elite who have lots of experience and are fighting “fiercely.′

“They also don’t have other options. Either to surrender or die,” he said. He said the women and children coming out are treated as civilians “even if they are families of ISIS.”

Rami Abdurrahman who heads the Britain-based Syrian Observatory for Human Rights, a Syria war monitor, and Omar Abu Laila, who runs the Deir Ezzor 24 group that monitors developments in the eastern province of Deir Ezzor where the fighting is ongoing, said more than 200 ISIS fighters, many of them foreigners, surrendered.

“The mostly foreign fighters were put in seven trucks and taken away” by the US-led coalition and the US-backed Syrian Democratic Forces, Abdurrahman said.

Abu Laila said “the battle is almost over in eastern Syria with SDF fighters almost in full control of the last pocket held by ISIS.”

The SDF began its final push to recapture the last sliver of territory controlled by ISIS on Saturday. Hundreds of mostly foreign ISIS fighters were believed to be making a final stand there, after months of fighting. They have been fighting back with suicide car bombs, sniper fire and booby traps, and have used civilians as human shields, according to the SDF.

The latest fighting caused an exodus of around 20,000 civilians from Baghouz and nearby areas, many of them the foreign wives and children of ISIS militants. The SDF is holding hundreds of foreign fighters it says are a burden on the force, but their own countries don’t want them back.

Abdul Mahdi told reporters late Tuesday that families of those fighters will also be brought back and that tent settlements will be prepared to host them. Abdul Mahdi’s comments came after a meeting he held in Baghdad with acting US Defense Secretary Patrick Shanahan.

A senior Iraqi intelligence official said up to 20,000 Iraqis, including ISIS fighters, their families and refugees will be brought back home by April where many of them will live in a tent settlement in western Anbar province.

The official, who spoke to The Associated Press on condition of anonymity because he was not authorized to speak to the media, said ISIS members will be interrogated by Iraqi security agencies.

Abdul Mahdi’s announcement came a week after the US called on other nations to repatriate and prosecute their citizens who traveled to Syria to fight with ISIS and who are now being held by Washington’s local partners.

The SDF say they detained more than 900 foreign fighters during their US-backed campaign against ISIS in northeastern Syria.

The SDF has warned they may not be able to continue to hold the ISIS fighters after the withdrawal of American forces from Syria ordered by President Donald Trump in December.

A US State Department official said last week that if the fighters can’t be repatriated, though, the detention center on the US base at Guantanamo Bay, Cuba, could be used to hold them “where lawful and appropriate.”

A US official said Guantanamo is the “option of last resort.” The official, speaking on condition of anonymity, said the US has identified about 50 people among the more than 900 held by Syrian forces as “high value” suspects that could be transported to Guantanamo if they are not repatriated.

Sending ISIS prisoners to Guantanamo would open up new legal challenges, according to experts.

Last month, France’s Interior Minister Christophe Castaner told French media that a handful of French jihadis had already returned home and more would follow soon after the departure of American troops. Britain refuses to take back citizens who joined ISIS and has reportedly stripped them of their citizenship. Other European countries have remained largely silent about the fate of men and women whom many see as a security threat.

Since the latest push began on Baghouz and nearby area, 19 SDF fighters and 27 ISIS gunmen, including eight suicide attackers, have been killed, according to the Observatory.

More than 20,000 people have left the ISIS-held area and most of them have been moved to al-Hol camp settlement in Syria’s northeastern province of Hassakeh, where human conditions are miserable and more than two dozen children have died in recent weeks.