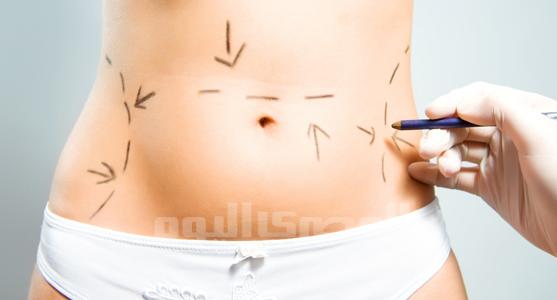 Plastic surgery, which has long offered a quick solution to those with bodily dissatisfactions of all kinds, has found a new and ready market. Doctors say many affluent young mothers, some not long after delivery, are going under the scalpel, trying to regain their pre-baby figures.

Cairo plastic surgeons, in response to the increasing demand, have begun to advertise surgery “packages” that “reverse the effects” of pregnancy on a woman’s body.

For around LE30,000, women can have a “Mommy Makeover,” which groups together four or five different surgeries. Breast lifts, breast augmentation, tummy tucks, posterior lifts and liposuction are typically included in the package. Doctors say patients can save thousands by having all of the operations in one go.

But the invasive operations have risks, which can be even more dangerous when compounded with motherhood.

Nadia Tarek, a woman in her 30s, had to undergo a second operation on her left breast due to a severe infection following a post-pregnancy breast augmentation surgery. She said she has mixed feelings now about her decision.

“Going back, I wouldn’t have done the procedure as I miss my old body,” she said.

But many women still say they see surgery as an easier and more effective option than sweating it out in the gym or dieting.

“It wasn’t extra weight that created the unattractive bulge on my abdomen area, it was the loose skin from three pregnancies,” said Rasha Mohamed, who has considered going under the knife to deal with her insecurities and concerns about her shape.

Yet some moms who can afford the cost say they are happy with the results, maintaining they feel more confident post-operation and would recommend the procedure to their friends.

Dina Mohamed, a young mother of two, said she decided to have plastic surgery once she was done childbearing.

“I knew I wasn’t going to have anymore kids and therefore the idea of the inclusive surgical procedure came along,” said Mohamed.

Doctors caution that plastic surgery should only be done once mothers are sure they don’t want to become pregnant again, because implants might negatively affect the breast-feeding process. If a woman becomes pregnant afterward, doctors say the operation would have to be redone to achieve the same result.

That is, of course, if the patient would be willing to endure another operation.

Side effects of plastic surgery can include swelling and bruising around the operated area, in addition to prolonged tenderness. Dangers include loss of blood, infection and permanent scarring. Patients are advised to wear a medical bra or corset for a period following the operation.

Like most surgical procedures, time for recovery — already a precious resource for mothers of young children — depends on the invasiveness of the surgery.

Hisham el-Minawi, professor of plastic surgery at Cairo University, said most patients are back to normal after 10 days. But the greater the surgery, the more time and care will be needed in recovery.

“For more largely built women, the procedure may be divided into two separate operations with an interval of a few months in order not to over stress a body that needs a massive amount of healing,” he said.

Stomach surgeries can be particularly complicated.

In the abdominal area, Minawi said many women want a full abdominoplasty, a tightening of the muscle layer and a removal of the excess skin and fat. A more invasive procedure of the original “tummy tuck” is an extensive operation that includes the removal of extra skin and fat, then reshaping or restoring the abdominal muscles. Particularly in overweight women, Minawi said the procedure can take multiple surgeries.

But doctors maintain the surgeries are safe if conducted properly and can help mothers who have specific and exacting expectations of how they want their bodies to look.

“The concept of the operation is to encourage young mothers who are done having babies to take care of their body through a custom-made series of operations that reverse the effect of pregnancy and lactation,” said Minawi.

Pregnancy’s lasting reminders of stretch marks, weight gain and large, sagging breasts, he said, can all be rectified.

Still, some women say that though the idea of surgery is attractive, it is too drastic for changes a women’s body naturally goes through during pregnancy.

“I’ve considered surgery, but I doubt I’d actually do it. It seems extreme to go under the knife just to look better,” says Sarah Ahmed, a housewife from Heliopolis.

Samar Gamal, a working mom in Maadi, brought up the idea to her husband, but he didn’t warm to the idea of a tummy tuck.

“He said it was up to me, but in his opinion, he’d rather me look overweight than have a scar that ran across my stomach,” says Gamal.

For Tarek, who says she now regrets her augmentation, her main concern remains her appearance.