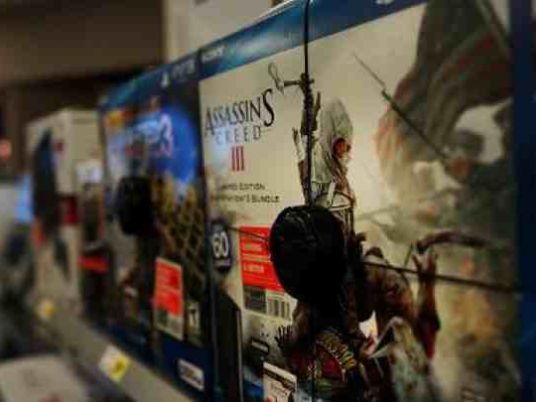 There was a time when a new video game adaptation was enough to make film critics gag, but the big money involved is starting to attract a new level of talent.
Video game movies have an ignoble history in Hollywood, dating back to the dark days of the early 1990s when clangers like "Super Mario Bros." starring Bob Hoskins and "Street Fighter" with Jean-Claude Van Damme were stinking up the screen.
But the lure of tapping into the world's estimated 1.8 billion gamers has kept drawing film-makers back for more, and the new projects seem determined to up the quality and match the success of superhero franchises.
Among the more promising projects is "Splinter Cell", which has been gestating for some years but is thought to still have actor Tom Hardy attached, fresh from his hailed action turn in "Mad Max: Fury Road".
The project also has director Doug Liman, the man behind smart blockbusters "The Bourne Identity" and "Edge of Tomorrow", signed on, though rumours suggest he may have since departed.
Perhaps the most surprising video game project in the pipeline is a movie version of the wildly popular "Assassin's Creed".
It has the crew from — of all things — the new "Macbeth" movie that is competing for the Palme d'Or at Cannes Film Festival under way, including stars Michael Fassbender and Marion Cotillard, and Australian director Justin Kurzel.
There has been a lot of buzz at the festival around an animated film of PlayStation series "Ratchet and Clank", with Sylvester Stallone and John Goodman providing voices.
Edward Noeltner, president of the Cinema Management Group touting the film at Cannes, said it was always a good idea to tap into existing markets, particularly for smaller independent companies.
"It's difficult to build an audience from scratch unless you're a big studio who can spend $80 million on production and another $80 million on promotion," Noeltner told AFP.
"Ratchet and Clank" came with "a ready-made and really solid fan base", he said, having sold 27 million copies of the game across seven releases.
A history of mediocrity
It is all a far cry from the first video game adaptations, which included nadirs of film-making like "Double Dragon" and the "Mortal Kombat" films. They have an average score of 14 percent on the website Rotten Tomatoes, which gathers scores from critics.
Things started to look up a little in the new century, as bigger stars drew larger box office takings.
Angelina Jolie as "Lara Croft: Tomb Raider" and Milla Jovovich's repeated appearances in the "Resident Evil" series generated plenty of money, even if the critics remained unconvinced.
The most successful adaptation in the genre remains 2010's "Prince of Persia: The Sands of Time" starring Jake Gyllenhaal, which grossed $335 million worldwide.
But that was still not enough to justify its $200 million outlay in the studio's eyes, and Disney abandoned hopes of turning it into a franchise.
It was also critically panned, even if its 36 percent "rotten" rating on Rotten Tomatoes is actually the highest ever achieved by a video game adaptation.
But the movie makers can hardly be blamed for seeking a leg up from the video games industry, whose revenue is expected to surpass $100 billion by 2017, according to analysts Newzoo.
The big players in the movie industry are hoping they can recreate the giant financial success they have had with comic book adaptations, and think it will only take one success to get the ball rolling.
Former Marvel boss Avi Arad has said in the past he is convinced video games can be the next big thing, and is developing a series of cross-over projects, including "Metal Gear Solid".
"I think that film studios are bankers and filmmakers are risk-takers and somewhere in-between we meet on the battlefield," he told gaming website Kotaku in 2013.
"And the moment one video game movie goes through the roof… it?s the same thing that I've been through with comic books."