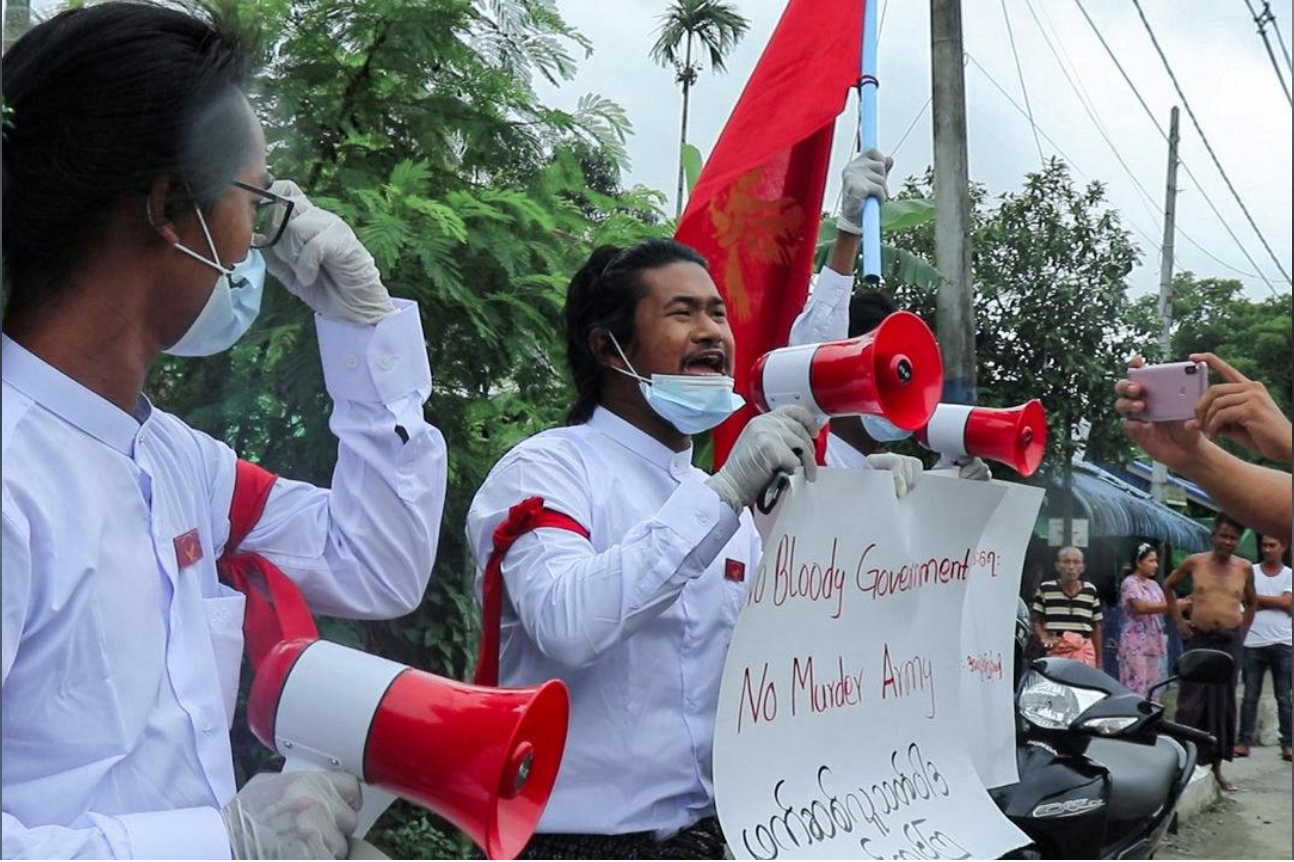 (Reuters) – Myanmar police detained three students after breaking up an anti-government demonstration in the restive Rakhine state on Wednesday, a student group and a human rights body said on Thursday.

They said the three men, in their early twenties, were taken away in the state capital of Sittwe after protesting with placards that read “oppose murdering fascism” and called for the restoration of internet access, which authorities say has been cut in swathes of Rakhine for security reasons.

A police officer in Sittwe hung up the phone when contacted by Reuters for comment on the detention of the students.

Video streamed on social media from the police station on Thursday showed dozens of people outside to demand the release of the men.

Rakhine state has been roiled for more than a year by fighting between government troops and ethnic insurgents from the Arakan Army, which is fighting for greater autonomy for the western region.

Tens of thousands have been displaced and dozens killed in shelling and crossfire.

Thaw Zin Tun, a spokesman for the Arakan Students’ Union, the group that organised the protest, said on Thursday the three had been detained pending further investigation but there had been no contact with them since their arrest.

Burma Human Rights Network (BHRN), a UK-based campaign group, said the three arrested were part of a group of students that had visited minority Rohingya camps outside Sittwe in recent weeks.

Tens of thousands of Rohingya, a Muslim minority in Rakhine state, are confined to camps and villages and deprived of rights including freedom of movement.

The state has long been a tinderbox of tension between Rohingya and ethnic Rakhine, a mostly Buddhist group that make up the majority.

Kyaw Win, founder of BHRN said the students were “an example of a way to a better future in Burma, yet have been criminalised and deprived of their freedoms”.