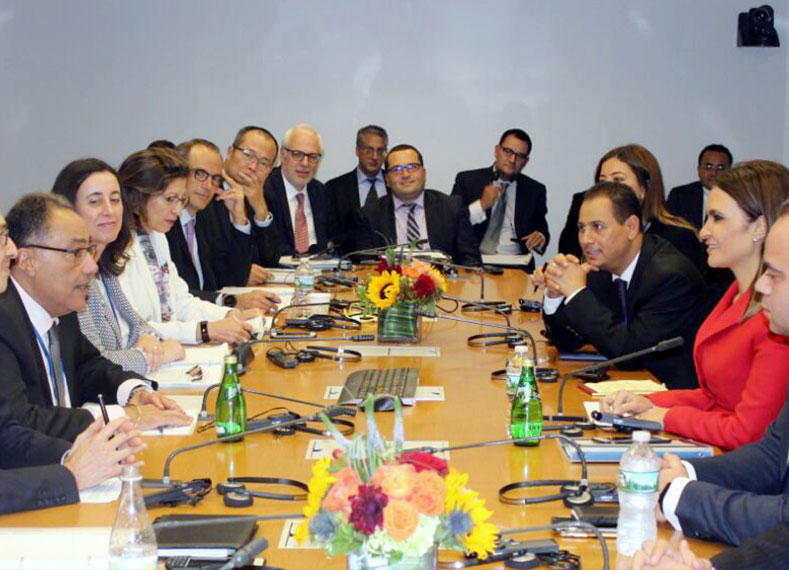 The meeting discussed WB financed projects in the transportation, education and sanitation sectors.

The meeting was held alongside the WB Annual Meeting in Washington, and was attended by Chairman of the Egyptian Financial Supervisory Authority (EFSA) Mohamed Omran, Chairman of the Egyptian Exchange (EGX) Mohamed Farid, Egypt’s Executive Director at the WB Embassy Ragi el-Etreby, the Minister’s Senior Advisor for Economic Affairs Shehab Marzeban and the Minister’s advisor for Economic Affairsm, Nehal Helmy.

During the meeting, Nasr briefed the WB officials on the government’s economic reform efforts, noting that cooperation between Egypt and the WB was working well. She emphasized prioritizing women in all programs and grants, to provide women with job opportunities and economic empowerment.

Both sides discussed the WB’s support of the second phase of the sanitation project, in coordination with the Ministry of Housing, co-financed by the Asian Infrastructure Investment bank (AIIB). Light was shed on the WB’s provision of technical support to the Ministry of Electricity under the renewable energy projects, after the government adoption of policy that enhanced the private sector’s investments in renewable energy projects.

In addition, both groups tackled the means of the WB’s contribution to promoting microfinance in Egypt, in a manner that would contribute to increased investment and job opportunities for youth and women, as well as encourage a culture of entrepreneurship.

Ghanem said that Egypt’s economic reforms were great, highlighting the WB’s full support of Egypt to promptly inject new investments into infrastructure and noted that Egypt was well-positioned to attract further investments.

Moreover, he expressed the WB’s aspirations to provide the private sector with support, indicating that the Egyptian government worked very well in the Takaful and Karama Programs and that the WB was determined to support the Egyptian government to increase social safety networks. He also ascertained the Bank’s keenness on increasing support for youth and women and education projects in Egypt.

Nasr negotiates with US companies to invest in Egypt