As the country’s economic crisis continues to administer its blistering effects on businesses and consumers, industry insiders and experts are saying the country still has yet to bear the brunt of an economic downturn that has no real relief in sight.

If the government continues down its current path, and hopes for loans from international foreign institutions remain unattainable, such as Egypt’s US$4.8 billion loan from the International Monetary Fund, experts have repeatedly warned that the situation will become drastically worse. When it does, they predict the real effect of the crisis will come in a tsunami of price increases that could spark social unrest.

A net importer of food and consumer goods, Egypt relies heavily on foreign supplies imports to feed its growing population.

But retail and import sources are warning that the ongoing devaluation of the pound will lead to large price raises in the immediate future, especially those of imported products. These price raises, experts say, will shock the Egyptian economy and drive it into further crisis.

A source from a leading mass retailer told Egypt Independent that the company had already started to feel the impact on its supply prices. The source predicted that consumers will see an up to 20 percent price increase on imported products.

Local products are likely to have their prices increase as well, but to a lesser extent than the imported ones.

Egyptian products will directly be impacted, as most of them contain imported components such as raw materials, packaging and additives, experts say.

And this general surge in prices, they say, will put inflationary pressure on all production costs.

In addition, the pound’s drop could be used as a pretext for importers to increase their profit margin.

“You have cartels in Egypt who control the level of prices,” said Samer Atallah, an economy professor at the American University of Cairo. “They take benefit from the fluctuation of the pound and organize shortages to increase their prices.”

Atallah said who controls the cartels is often unclear, but their maneuvering is evidenced in unexplained shortages and price increases.

The source in the retail sector confirmed that he expected the price surge to be twice that, which would correspond to the pound’s loss in value.

The pound has lost about 10 percent of its value against the dollar in 2013, and many experts expect the exchange rate to reach LE7 to the dollar soon.

Atallah also worries that the tax plan linked to the IMF deal could further worsen the inflation level. This tax plan includes necessity products, such as mobile calls, and widely used goods, such as cigarettes and soft drinks.

These taxes, Atallah said, will impact all classes of Egyptian society, contrary to the government’s declared intention of placing a greater tax burden on the rich.

President Mohamed Morsy postponed the tax plan in December just days before its implementation, saying that the government will conduct a national dialogue around the laws before going further.

This decision, in turn, postponed the conclusion of the IMF loan, which has led to a drop in investor confidence and put further pressure on the pound.

Any price hikes would impact all sectors. Fresh produce, such as fruits and vegetables, will be the first affected. The retail source said his company had already increased their prices for fresh produce.

Other sectors will be impacted more gradually as retailers have to renew their stocks less regularly.

The source added that labor movements in Mahalla, in Port Said or in Suez could lead to further shortages if they continue into the near future.

He expects the increase to be between 10 percent and 20 percent, but does not foresee any out-of-the-ordinary shortages.

Bomb yet to drop

Subsidized food products, upon which the country’s lower classes rely heavily, should not be affected by the price rise.

The General Authority for Commodities and Supplies recently announced that it would not experience any financial difficulties in providing the Egyptian population with subsidized products in the near future.

The authority said that strategic state wheat stocks are expected to last until 22 July.

The Investment Ministry has also indicated that the state would bear the additional cost generated by the devaluation of the pound.

Experts have stressed the importance of the availability of subsidized food products to prevent increased social unrest.

A report by the International Food Policy Research Institute tried to demonstrate that  Arab countries are particularly sensitive to variations in international food prices and that food insecurity was the foremost determinant of social unrest in the last 50 years.

The 1977 bread riots were a case in point. As well, bread was of the main demands of the 2011 revolution and the recent protests.

According to the FAO, carbohydrates represent about 75 percent of the average Egyptian diet. Cereal and roots represent nearly two-thirds of the diet, and wheat alone makes up one-third.

“The main problem of the government is to provide wheat and bread. It’s a vital issue,” Atallah said.

The government has so far managed to avoid cutting into food subsidies. However, the general increase in prices will certainly increase the consumption of subsidized products and make the subsidy burden heavier for the state.

According to the president’s office, bread subsidies alone represent LE16 billion in the 2012/13 state budget.

However, even barring subsidized goods, the price hike will put most vulnerable families in an even more difficult situation. And the current economic crisis has already taken a heavy toll on these households.

The World Food Program carries out surveys three times a year to assess the poorest households’ income, diet and strategies of consumption. Its last survey, from September, indicated that 86 percent of vulnerable households have insufficient income to cover monthly needs. That is up from 74 percent in just June.

Of these vulnerable households, 62 percent of spending goes to food, compared with 40 percent for the average Egyptian family.

To deal with their decline in purchase power, these families have resorted to multiple strategies: 28 percent buy cheaper products, 28 percent borrow money and 14.5 percent eat less.

But it remains unclear how the government will be able to weather this price surge, given its very limited margins in budget and foreign reserves.

“The [Central Bank of Egypt] announced the implementation of a monetary policy that would limit inflation through a raise of its interest rates,” said Atallah.

This policy, he said, has little chance at success. Rather, he said it will just impede credit and further diminish consumption while inflation stems from imports and the supply-side of the economy.

“The government should focus its subsidies on basic food products by directly providing them at low prices,” said Amr Adly, former economic and social justice director at the Egyptian Initiative for Personal Rights, who is now doing research at Stanford University in the US.

Adly said this measure would merely help the current regime survive its term.

“This is, of course, to avoid a social explosion,” he added. 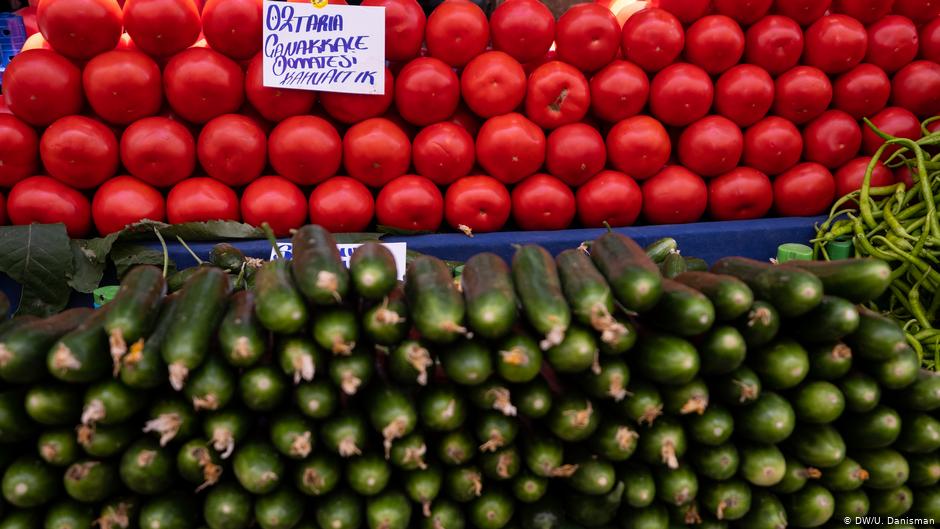 Turkey’s Erdogan fails to get double-digit inflation under control