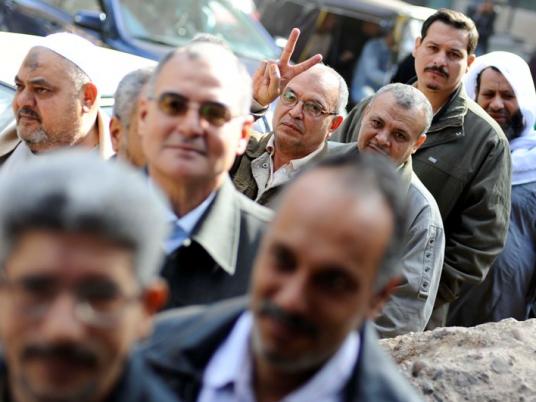 A surprising 48 percent of Egyptians have not yet chosen who they are going to vote for in the upcoming presidential elections, according to The Egyptian Center for Public Opinion Research, also known as Baseera.

Bassera had conducted a public opinion poll in late February on Egyptians participating in the upcoming presidential elections, including whether or not they will participate in the elections and their opinion on who is the best to be the president of Egypt.

“The high percentage of Egyptians who are uncertain on their presidential candidate is due to people confusion and street instability they have been going through since the 25 January revolution,” Islam Abdel-Khalek lawyer at the Egyptian Centre for Economic and Social Rights.

He said that over the last three years people saw no progress in most things they were suffering before the revolt like the blackouts the soaring inflation rates. “People are panicked that the situation will stay the same in the upcoming era, regardless of who the new president whoever will be, and actually people are frustrated,” said Abdel Khalek.

The study also indicated that the majority, almost 51 percent of Egyptians, intend to vote for the current defense minister, Field Marshal Abdel Fattah El-Sisi, though to date Sisi has yet not announced his candidacy in the presidential elections. He has, however, hinted in a speech during the graduation ceremony of officers saying that “he cannot turn his back if the majority called on him to run for presidency.”

Commenting on the 51 percent of Sisi supporters, Abdel Khalek explained that because sisi had Deluded Egyptians with his love in his delicate speeches

Meanwhile, the poll results showed poor popularity of Hamden Sabahy as only 1 percent said their vote will go to Sabahi, the only other presidential candidate after Samy Annan and Khaled Ali, who had previously announced their candidacy, decided to pull out of the race.

While Ammar Hassan the popular political analyst said that Sisi used to throw emotional speeches that tickle public sentiments instantly. Moreover Sisi has lavished praise upon Egyptian society to restore lost dignity and nobility, using language that puts himself as the nations’ servant.