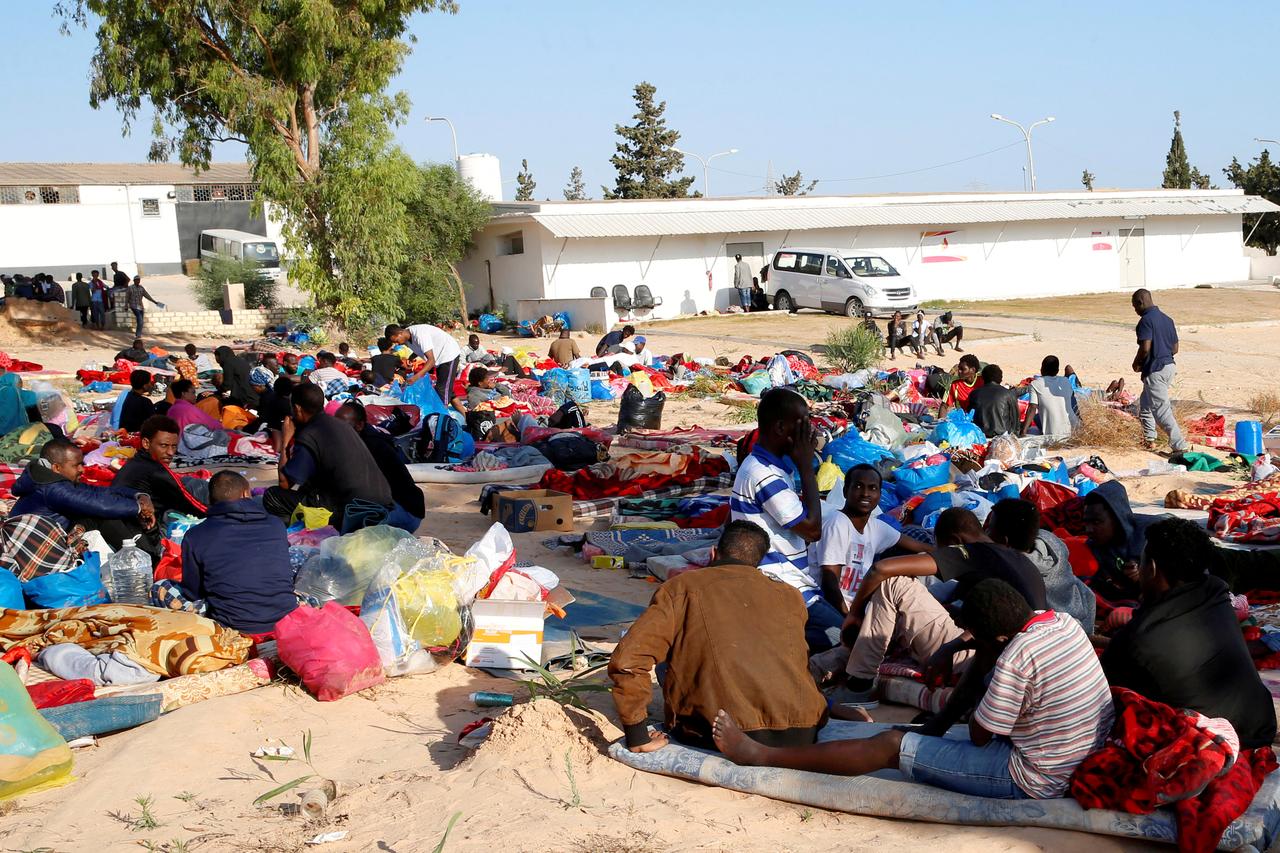 CAIRO (Reuters) – More migrants have been moved to a detention center in Libya’s capital where an air strike killed more than 50 last week, despite a risk it could be hit again which led to survivors being evacuated, Medecins Sans Frontieres (MSF) said on Friday.

Around 95 migrants were moved to the Tajoura center in Tripoli on Thursday, some rounded up in the local community and others transferred from another detention center in the city, the aid group said.

Earlier in the week migrants left at the center after the July 3 bombing — some of whom were sleeping in the open for fear of another strike — were either released or evacuated, following appeals from the United Nations.

An official at the Tajoura center who asked not to be named said that following the evacuations, “we have resumed work and started receiving more (migrants)”. He declined to give more details.

The center was hit as forces loyal to eastern-based commander Khalifa Haftar intensified their efforts to wrest control of Tripoli from forces aligned with the internationally recognized government, which is based in the capital.

The fighting is the latest escalation in a conflict that developed after former leader Muammar Gaddafi was toppled in a NATO-backed uprising in 2011.

People smugglers exploited the turmoil to send hundreds of thousands of migrants on dangerous journeys across the central Mediterranean, though the number of crossings dropped sharply from 2017 amid an EU-backed push to block departures.

Haftar’s Libyan National Army (LNA) launched an offensive on Tripoli in early April, which soon stalled. The fighting has left more than 1,000 dead, including more than 100 civilians, according to the World Health Organization.

Migrant detention centers are nominally under the government but often controlled by armed groups. Aid workers and rights groups say abuse including beating and forced labor is rife, and have long appealed for their closure.

But the centers have continued to operate, repeatedly caught in the crossfire of fighting whilst receiving new arrivals from boats intercepted by Libya’s EU-backed coastguard. The Tajoura center, which is next to a military camp, was also hit by a projectile in May.

The United Nations said last week it had information that guards had shot at migrants at Tajoura as they tried to flee the air strike. The interior ministry in Tripoli denied the report.

This week, 419 migrants, including around 90 who had just been intercepted at sea, left the Tajoura center for a facility run by the UN refugee agency. It tries to evacuate refugees and asylum seekers from Libya, though the process is slow.

Sam Turner, MSF’s Libya head of mission, said it was an “outstanding contradiction” for migrants to be released from the center in recognition that it was not safe, only for more to be brought in days later.

“The Tajoura detention center does pose a very high risk of being targeted as part of the wider conflict, in addition to the risks that refugees and migrants are exposed to by the conflict in general and by the conditions of detention,” he said.

Image: FILE PHOTO: Migrants are seen with their belongings in the yard of a detention centre for mainly African migrants, hit by an air strike, in the Tajoura suburb of Tripoli, Libya July 3, 2019. REUTERS/Ismail Zitouny/File Photo/File Photo

UN calls for Libya ceasefire as death toll climbs to 1,000