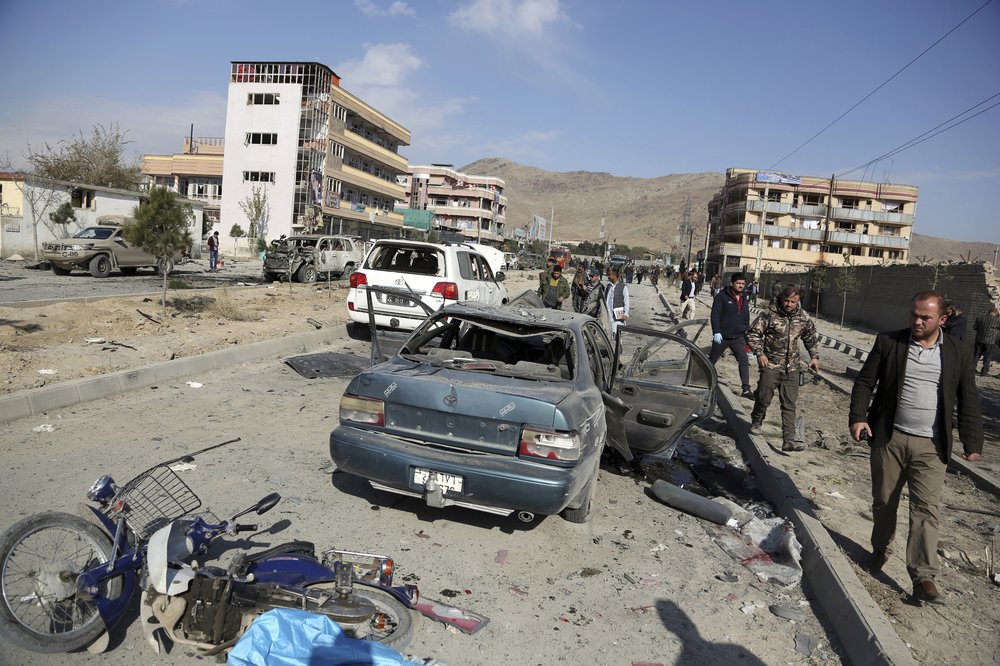 KABUL (Reuters) – Taliban fighters attacked Afghan government forces overnight, and militant commanders said on Monday insurgency operations would go-ahead until they receive fresh instructions based on a deal with the United States to reduce violence in the country.

Last week, a senior U.S. administration official said negotiations with Taliban representatives in Qatar had resulted in and agreement in principle for a week-long reduction of violence, but the seven-day period had not commenced. The official said the agreement covered all Afghan forces, and would be closely monitored.

“Our leadership hasn’t conveyed any message about a ceasefire to us,” a Taliban commander in Helmand, a southern province that has seen some of the fiercest fighting.

Commanders in Paktika and Nangarhar – two other provinces regarded as strongholds for the Taliban – also said they would continue their attacks as planned.

On Sunday night, Taliban fighters attacked Afghan government forces manning a checkpoint in the northern province of Kunduz. According to a statement by Taliban spokesperson Zabiullah Mujahid, they killed 19 security personnel.

The Afghan defense ministry confirmed the attack in a statement but put the death toll at five. It also said retaliatory air strikes were conducted against the militants.

A Taliban spokesman also issued a statement on Monday saying a Afghan military helicopter had been shot down in Nimroz province, but an official there said the helicopter made an emergency landing and had not been attacked.

Despite the violence on the ground, a senior Taliban leader in Doha confirmed a deal with the United States is set to be signed by the end of February in a “signing ceremony” in Doha.

Leaders of the United Nations, European Union and Islamic nations and neighboring countries would be invited to the attend, Mawlavi Abdul Salam Hanafi, deputy chief of the Taliban’s Doha office, was quoted as saying by Nunn Asia – a pro-Taliban website with strong links to the group’s leadership.

“Soon after signing the peace accord, the United States will release 5,000 of our prisoners and we will free 1,000 of theirs,” Hanafi said.

Successful implementation of the deal would move the United States closer to a further drawdown of troop levels in Afghanistan, meeting an objective for U.S. President Donald Trump, who has vowed to stop the “endless wars” as he seeks re-election in November.

There remains a long way to go to a peace settlement and end to the nearly two-decade-old U.S. military presence that began shortly after the 9/11 attacks by al Qaeda. U.S. officials have been clear that the 13,000 U.S. troops will be cut to about 8,600 this year, with or without a withdrawal deal.

Esper says Taliban deal is promising but not without risk

US, Taliban close to ‘reduction in violence’ agreement