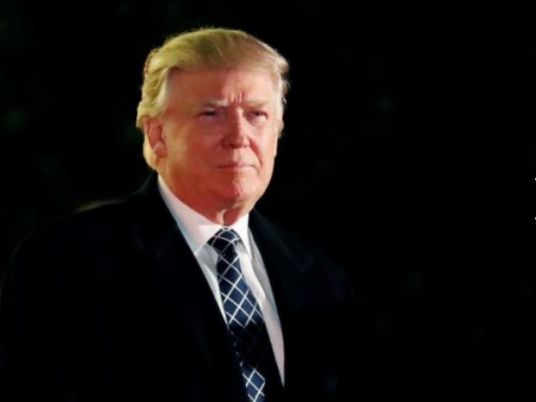 British actress Emma Thompson says President Donald Trump once called her out of the blue years ago and asked her for a date.
The "Love Actually" star turned him down.
Thompson told a Swedish television talk show that the bizarre incident happened while she was filming the 1998 movie "Primary Colors" in California, as she and actor Kenneth Branagh were finalizing their divorce.
One day, Thompson said, the phone rang in her movie set trailer.
"So I lift up the phone — ‘Hi, it’s Donald Trump here,'” Thompson recalled on SVT's "Skavlan" show on Thursday. "And I said, ‘Really? Can I help you?’ And he said, ‘Yeah, I just wondered if I could offer you some accommodation in one of my Trump Towers. They’re really comfortable.”
Thompson, who had never met or spoken with the then New York businessman, was confused and asked why.
“‘Well, I think we would get along very well — maybe have dinner sometime,'” Thompson, now 57, recalled Trump saying.
Thompson said she "didn’t know what to do with myself. I just said, ‘I’ll get back to you'.”
She never did, and said she has never met Trump since.
By Thompson's account, the phone call would have taken place around the time of Trump's separation from his second wife, Marla Maples. He married his third wife, the current U.S. first lady, Melania Trump, in 2005.
The White House had no immediate response to Thompson's story.