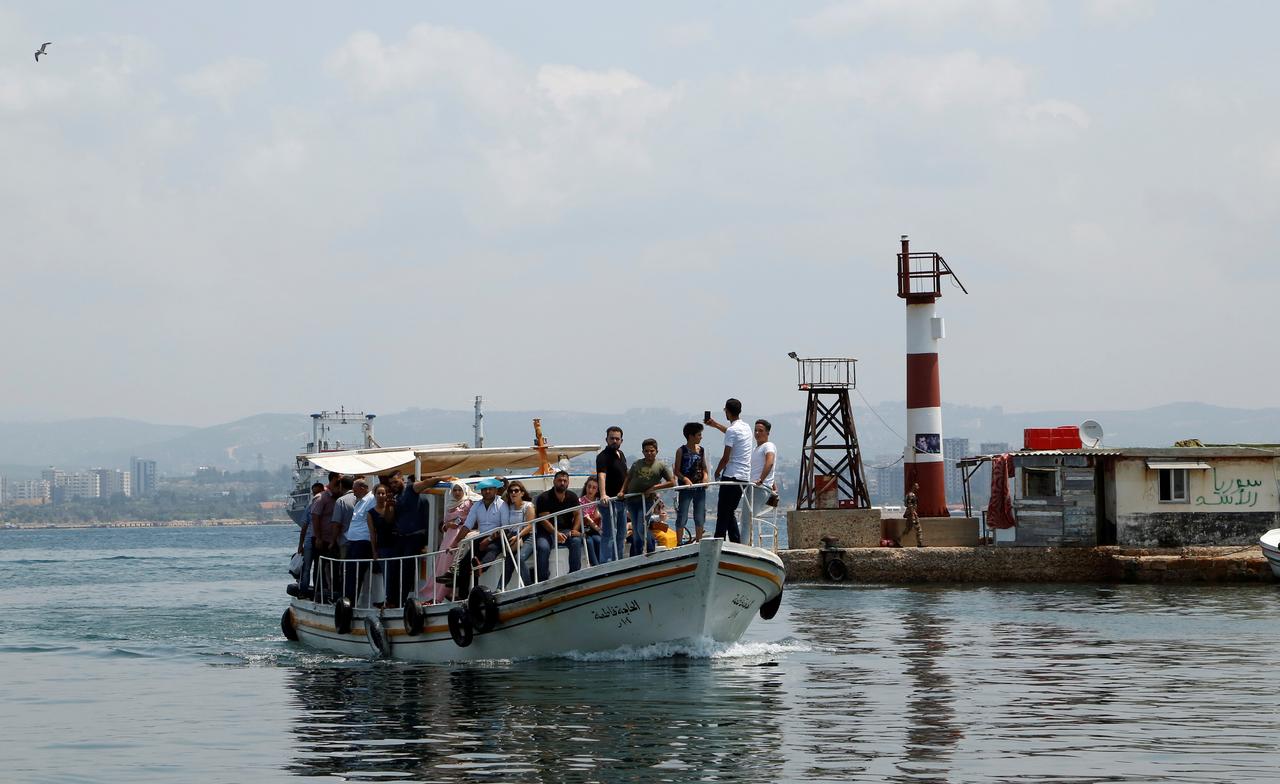 ARWAD, Syria (Reuters) – In the years before Syria’s war the boatmakers of Arwad used to sell their wooden vessels along the Mediterranean coast down to Lebanon and up to Turkey, but the trade has withered.

The tiny island is one of the few places in Syria physically untouched by eight years of conflict, its only direct brush with war being the distant boom and sight of smoke from an explosion on the mainland in 2016.

While other areas suffered terrible shelling, air strikes and gun battles, or were subjected to car bombs and suicide attacks, life in Arwad has quietly continued.

It lies just off the city of Tartous, a stronghold of support for President Bashar al-Assad throughout the conflict and the location of a naval base for his ally Russia.

Yet even here conflict has intruded, complicating the traditional fishing and boat building industries, sending young men off to fight and sheltering people who fled other parts of the country.

Syria’s economic implosion has also inflicted a painful reduction in tourism, once a lucrative business for an island proud of its maritime heritage.

He makes the modern versions, 14 meter (46 foot) boats of eucalyptus and cypress, with a handful of colleagues, carefully constructing the engine and propellers, and using electric lathes to smooth the curved sides.

But he sees little future in it, with Lebanon having introduced higher import tariffs, the frontier with Turkey closing because of the war and prices going up because of the difficulty of importing some materials.

“I didn’t teach my sons the industry because it is not profitable. So I taught them fishing,” he said.

There are more fishermen than there were before, said Khaled Othman, a maker of fishing nets. But there are fewer fish than before, partly because more people are ignoring the ban on fishing during a summer breeding season, he said.

“We did not feel the war. We felt the economic crisis,” Othman said.

About 10,000 people live on Arwad, said Ali Najem, the head of the municipality, their daily needs met by the small boats that bring all food and other goods across from Tartous, a voyage of about 20 minutes.

More than 20 islanders have been killed fighting in the war and for several years people displaced by the fighting in Aleppo, where battles raged from 2012-16, lived on the island working in the construction trade.

But the main way the island has been affected is through the fall in the number of visiting tourists, Najem said. Arwad was a popular destination for Syrians taking holidays at the coast in the days before the conflict.

Restaurant owner Orwa Mohammed Abu Bakr said some are starting to return. “The island gets more crowded in the last 20 days of the summer and on Thursdays, Fridays and Saturdays,” the 35-year-old said.

“At the start of the war people were afraid to leave their homes, but after two years they started to go out and come to the island as the situation got a little better,” he added.