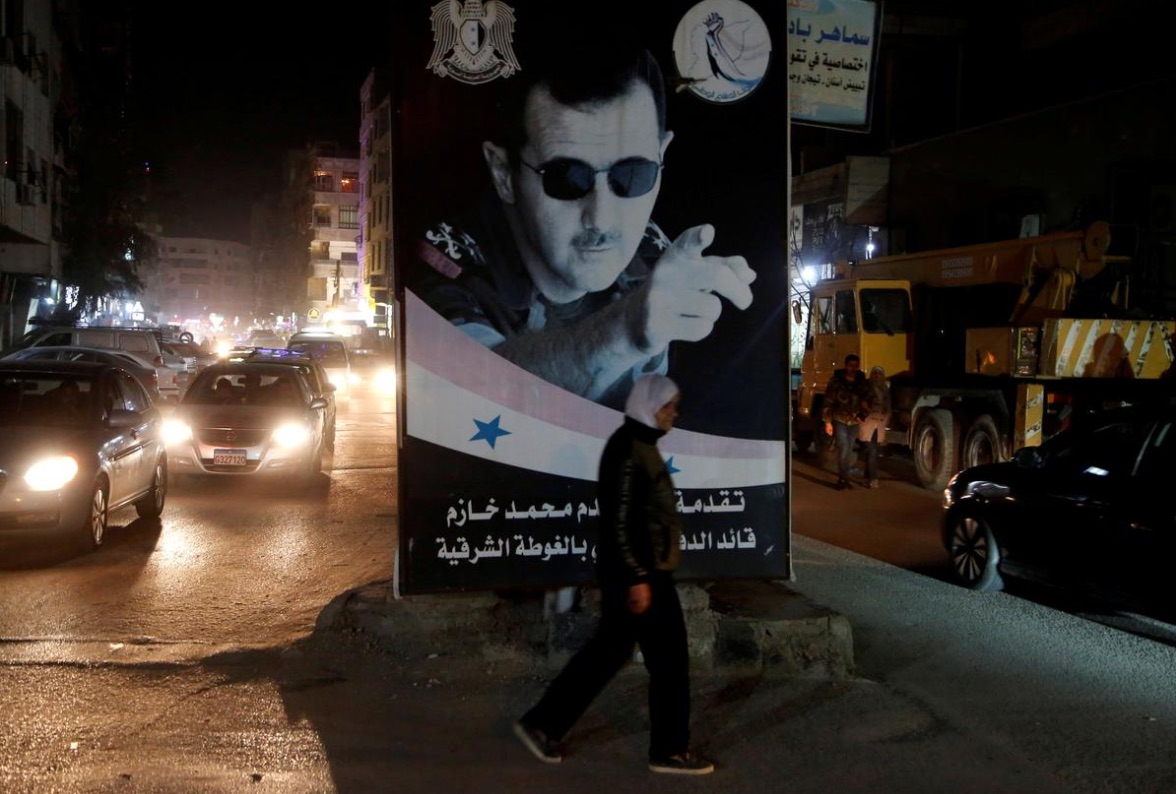 BEIRUT/AMMAN (Reuters) — Just last year, President Bashar al-Assad seemed on the brink of crowning military victories by easing his diplomatic isolation and recovering more of Syria without a bullet being fired.

Not only had US-allied Kurds invited government forces back to the northeast, but businessmen from the once hostile United Arab Emirates visited Damascus to scout out investment opportunities and regional trade had started to pick up.

Thanks to intervention from Russia and Iran on his behalf, nearly all of Syria’s main cities and towns are under government control, with rebels who fought since 2011 to overthrow Assad now confined to a patch of territory near the Turkish frontier.

But today, the mood in Damascus is gloomy.

Assad’s hopes of rehabilitation have been put on ice by new US sanctions that will likely scare off all but his closest friends and deter the investment he needs to deliver on promised reconstruction.

The economy, already ravaged by a decade of war, is in deep trouble, hit not only by sanctions but also by the fallout of a financial meltdown in neighboring Lebanon that has choked off dollars.

While sanctions alone seem unlikely to bring down Assad, experts say they will make it harder for him to consolidate gains and rebuild patronage networks in loyalist areas that paid a heavy price in battle.

With Syria split in three, heavily sanctioned and governed by a pariah, comparisons are being drawn with Iraq in the years between Saddam Hussein’s 1990 invasion of Kuwait and the 2003 US-led invasion that toppled him.

“The cascading effect of the sanctions could undermine Assad’s ability to re-extend or maintain control over much of the country. I don’t think it will overthrow him in the near-term, but it will restrict his ability to maintain control,” said David Lesch, a Syria expert and Middle East History professor at Trinity University in Texas.

The war has killed hundreds of thousands of people and forced more than 11 million from their homes, around half the pre-war population. The once productive economy has suffered hundreds of billions of dollars of destruction.

As Assad steadily recovered ground, Syrians in government areas had been hoping for better times.

But their already battered purchasing power has been demolished this year by a collapse in the Syrian pound. The currency, steady at around 500 to the dollar for several years, began falling last year and hit a low of 3,000 this month.

Assad is counting on the allies that saved him in battle — Russia and Iran — to help him again. But with both sanctioned themselves, neither has the wherewithal to offer the investment Damascus had hoped would flow from countries such as the UAE, China and India, which now run the risk of US sanctions if they deal with Syria.

Foreign Minister Walid al-Moualem told a Damacus news conference on Tuesday the aim of the new US sanctions imposed in a law called the Caesar Act was to create hunger and instability.

Syria could depend on its friends and allies, he said: “This needs a bit of patience. It’s been a week since Caesar was passed. No one has a magic wand to say Russia has to give this or Iran that.”

Syria’s allies in an Iran-backed alliance known as the resistance axis are looking for ways around the sanctions, a regional official told Reuters. Iran has provided Syria with credit lines and oil during the war. “The resistance axis will work on opening gaps,” the official said.

Washington, which once armed some of Assad’s enemies, says the goal is to hold Damascus to account for war crimes and deter it from pressing the war. The sanctions exempt humanitarian aid.

Washington will this summer apply “unprecedented political and economic pressure on the Assad regime to return to the political process”, US special envoy for Syria Joel Rayburn has said. Sanctions are not Washington’s only tool.

Though President Donald Trump last year ordered US forces to withdraw, they remain in the east, denying Assad control of oil fields and farmland and providing a security umbrella for a Kurdish-led autonomous zone. Turkish forces in the northwest also obstruct Assad’s recovery of the last rebel stronghold.

Assad’s grasp over some recovered areas is shaky, including the south which is still restive two years after the defeat of rebels. The dire economy recently triggered protests in Sweida, a loyalist area in the south.

The financial problems led the state to seize vast assets held by Assad’s cousin Rami Makhlouf, formerly a pillar of the ruling elite.

“Assad’s strategy and the promise he has been selling to his supporters has always been that we have to win this war militarily […] and be patient and then eventually the Americans and Europeans are going to tire and sanctions would be lifted or eased,” Aron Lund, a fellow at The Century Foundation, said.

“If poverty turns to extreme poverty and hunger turns to famine over time and the patronage network […] starts to weaken and wither away, we could start to see different threats rising that could be really, really severe for Assad.”

Syrian FM says US sanctions seek to ‘starve the people’