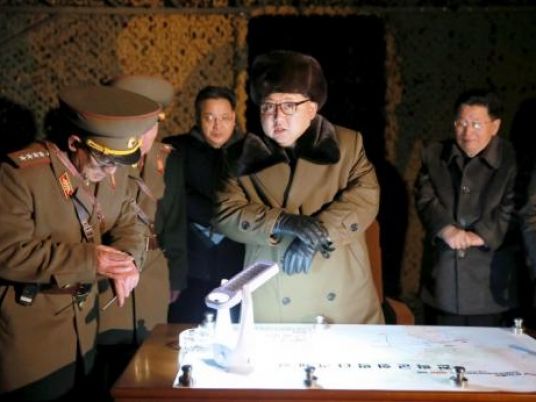 North Korea has started welcoming delegates from around the country to its first ruling party congress in 36 years, state media reported on Tuesday, as rival South Korea expressed concern that Pyongyang could conduct a nuclear test before or during the event.

The isolated North has conducted a series of weapons tests, including three failed launches of an intermediate-range missile, in the run-up to the Workers' Party congress starting in Pyongyang on Friday.

North Korea's young leader Kim Jong Un has aggressively pursued nuclear weapons and could be looking to a successful test this week as a crowning achievement. South Korean Defence Minister Han Min-koo said Pyongyang's fifth nuclear test may come before or around the time of the opening of the congress.

"North Korea's goal is to be internationally recognized as a nuclear weapons state," Han told a parliamentary hearing on Tuesday. "We believe its nuclear capability is advancing."

At the congress, which foreign media organizations have been invited to cover, Kim is expected to declare his country a nuclear weapons state and formally adopt his "byongjin" policy to push simultaneously for economic development and nuclear capability.

Pyongyang citizens "fervently welcomed participants of the congress who have given all their patriotic passion … as a new generation of true warriors of Juche revolution under the leadership of dear comrade Kim Jong Un," North Korea's official Rodong Sinmun newspaper said on Tuesday.

Security has been stepped up ahead of the congress.

The Daily NK, a website run by defectors with sources in North Korea, said that since mid-April, free movement in and out of the capital had been stopped and security personnel summoned from the provinces to step up domestic surveillance.

The party congress is the first since 1980, before the 33-year-old Kim was born. His father and predecessor, Kim Jong Il, who died in December 2011, never held one.

While some past party congresses featured representatives from countries the North has ties with, South Korean officials have said they were not aware of invitations sent to official foreign guests for the upcoming event.

North Korea has become increasingly isolated over its pursuit of nuclear weapons and ballistic missiles, and was hit with tightened UN Security Council sanctions in March that were backed by its chief ally, China, in response to a January nuclear test.

Pyongyang has conducted a flurry of missile and other weapons tests in the run-up to the congress, although not all have been successful. It made three attempts last month of what was believed to be its intermediate-range Musudan missile, all of which failed, according to US and South Korean officials.

The congress is expected to last four or five days, South Korean government officials and experts said. Kim may decide to take on the post of party General Secretary, a position held by his late father, elevating himself from first secretary.

"It is now his era, and the elders have passed away, and the idea will be that if he remains first secretary, then he might think he won't get enough respect because of that," said An Chan-il, former North Korean military official who now heads a think tank in Seoul.