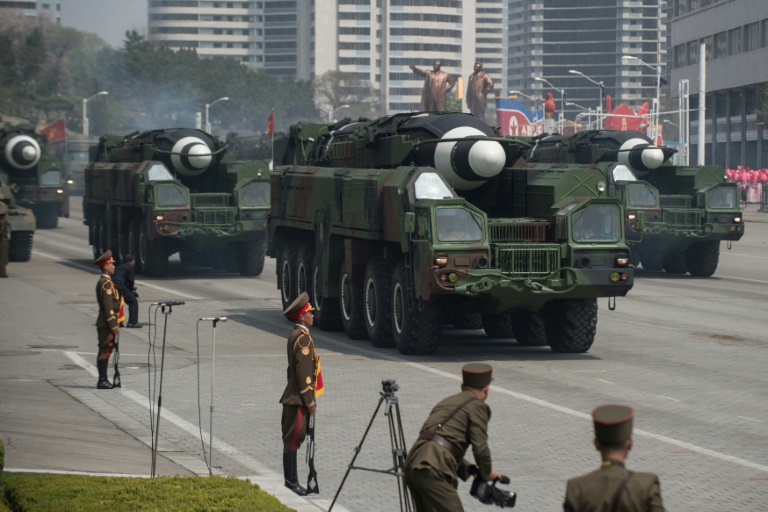 North Korea has warned the United States it will “seriously” consider returning to a state policy aimed at building nuclear weapons if Washington does not end tough economic sanctions against the impoverished regime.

For years, the North had pursued a “byungjin” policy of simultaneously developing its nuclear capabilities alongside the economy.

In April, citing a “fresh climate of detente and peace” on the peninsula, North Korean leader Kim Jong Un declared the nuclear quest complete and said his country would focus on “socialist economic construction”.

But a statement issued by the North’s foreign ministry said Pyongyang could revert to its former policy if the US did not change its stance over sanctions.

“The word ‘byungjin’ may appear again and the change of the line could be seriously reconsidered,” said the statement carried by the official KCNA news agency late Friday.

At a historic summit in Singapore in June, US President Donald Trump and Kim signed a vaguely-worded statement on denuclearization.

But little progress has been made since then, with Washington pushing to maintain sanctions against the North until its “final, fully verified denuclearization” and Pyongyang condemning US demands as “gangster-like”.

“The improvement of relations and sanctions are incompatible,” said the statement, released under the name of the director of the foreign ministry’s Institute for American Studies.

“What remains to be done is the US corresponding reply,” it added.

The statement is the latest sign of Pyongyang’s increasing frustration with Washington.

Last month, the North’s state media carried a near 1,700 words long commentary accusing the US of playing a “double game”, implicitly criticizing Trump for his comments aimed at barring Seoul from lifting sanctions against Pyongyang.

Despite a flurry of diplomacy on and around the peninsula differences are emerging between Seoul and Washington, which stations 28,500 troops in the South to protect it from its nuclear-armed neighbor.

The South’s doveish president Moon Jae-in has long favored engagement with the North, which is subject to multiple UN Security Council sanctions over its nuclear and ballistic missile programmes.

He has dangled large investment and joint cross-border projects as incentives for steps towards denuclearization, while the US has been adamant pressure should be maintained on Pyongyang until it fully dismantles its weapons programmes.

In an interview with Fox News on Friday, US Secretary of State Mike Pompeo reiterated that sanctions will remain until Pyongyang carries out it denuclearization commitments made in Singapore, adding he will meet with his North Korean counterpart next week.