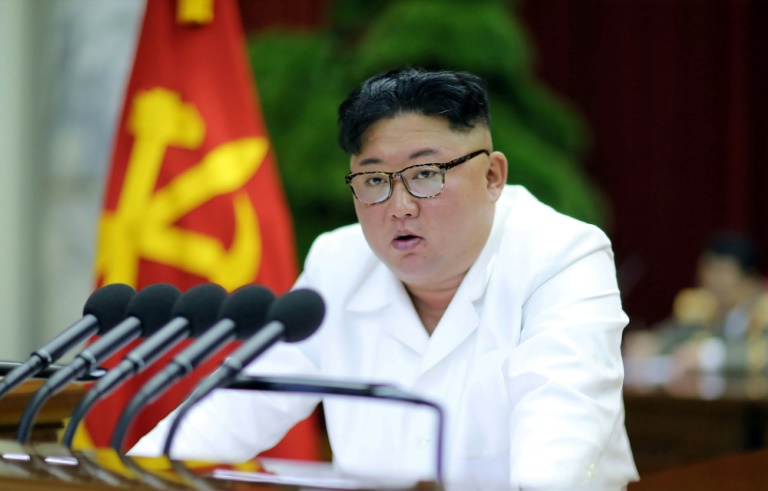 His comments, reported Monday by state media, came on the second day of a key party meeting held ahead of a year-end deadline for Washington to shift its stance on stalled nuclear talks with Pyongyang.

Kim, who chaired the meeting, said the time had come to bring about a “decisive turn” in the North’s economic development.

He presented the assembled officials with “tasks for urgently correcting the grave situation of the major industrial sectors of the national economy,” the official KCNA news agency reported.

The North does not publish economic statistics of its own, leaving outside estimates as the only available figures for its financial performance.

In July, the South Korean central bank estimated that the North’s sanctions-hit economy had shrunk by 4.1 percent in 2018 — the largest contractions since the devastating famine of the 1990s.

Talks on denuclearizing the Korean peninsula have been largely deadlocked since a second summit between Kim and US President Donald Trump collapsed in Hanoi at the start of this year over what the North was willing to give in return for sanctions relief.

China and Russia — the North’s biggest economic partners — have proposed the easing of UN sanctions imposed over the North’s nuclear weapons programme, and Pyongyang has given Washington until the end of the year to offer fresh concessions.

The KCNA report indicated the plenary session of the party leadership was headed into a third day Monday — marking the first time since 1990 that it has lasted more than two days.

“Pyongyang’s decision to host the plenary event for multiple days illustrates how gravely it views internal and external situations,” said Cheong Seong-chang, a senior researcher at the private Sejong Institute.

Image: KCNA VIA KNS/AFP / STR Kim said the time had come to bring about a “decisive turn” in North Korea’s economic development