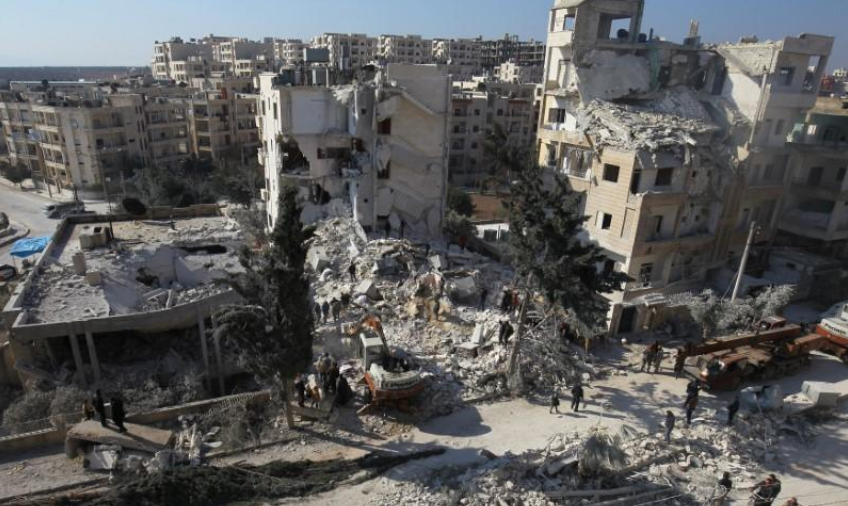 AZAZ, Syria (Reuters) – Battles intensified in northwest Syria on Friday after insurgents mounted an attack to repel an army offensive that has pounded the country’s last major rebel stronghold for weeks.

State news agency SANA said the army absorbed the new attack and reinforced its frontline positions after fierce clashes with militants overnight. It said insurgents fired shells at a village in the northern Hama countryside.

Insurgent factions said they seized three key villages in the Hama countryside late on Thursday in their counterattack.

They denied reports that government forces had recovered the positions and said army units were suffering heavy losses as fighting raged on Friday.

The violence in Idlib province and a strip of nearby Hama has marked the biggest military escalation between President Bashar al-Assad and his insurgent enemies since last summer. Tens of thousands of people have fled their homes, many of them sheltering at the Turkish border from air strikes that have killed scores of people.

The bombing has shut down 55 medical facilities since late April, the UOSSM aid group that operates in opposition territory said on Friday.

Turkey has complained to Moscow, which backs the Syrian government, while Russia says the onus is on Ankara to rein in the rebels.

The dominant force in the Idlib region is Tahrir al-Sham, the latest incarnation of the former Nusra Front that was part of al Qaeda until 2016. Others, including some with Turkish backing, also have a presence.

Under its deals with Russia, Ankara has deployed forces in Idlib at a dozen positions. Turkish forces are also spread out across a swathe of territory to the north under the control of rebel factions Ankara backs.

Hostilities have hit dozens of health facilities and schools, the UN Office for the Coordination of Humanitarian Affairs (OCHA) says.

“It is appalling … and it must be brought to an end,” OCHA spokesman Jens Larke told reporters in Geneva on Friday.

Even in hospitals that have not been hit, he added, “they fear that they may be hit. So the doctors, the healthcare personnel are leaving, the patients are not going.”

Reporting by Khalil Ashawi in Syria and Ellen Francis in Beirut; additional reporting by Stephanie Nebehay in Geneva; editing by Frances Kerry and Susan Thomas