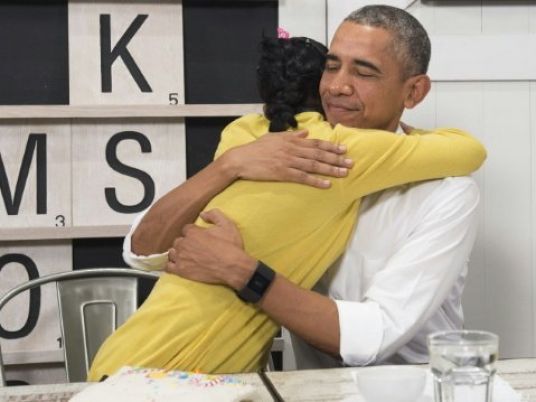 President Barack Obama called the six US troops killed in Afghanistan on Monday "outstanding" and "brave" as he thanked American service members on Friday during a Christmas Day visit to Marine Corps Base Hawaii in Kanoehe Bay.
"Even though we have been able to reduce the number of folks we're deploying to places like Iraq and Afghanistan, there are still folks over there every single day and it's still dangerous as we saw this past week with the outstanding, brave men and women who were killed," Obama said.
The six American troops were killed when a suicide bomber on a motor bike struck their patrol near Bagram air base, marking the deadliest attack on US forces this year.
The Taliban claimed responsibility for the attack.
The Christmas Day remarks were the first time Obama had addressed the attack. He did not mention it when he made an appearance for reporters while playing golf the day of the attack.
Obama and his wife Michelle made their annual visit to the US Marine base's Anderson Hall dining room to deliver Christmas wishes to troops and their families.
"So many families are serving tirelessly and it's not just those of you in uniform who serve," Obama said in a brief address to the troops, noting that spouses and children of service members also make sacrifices.
Obama uses the workout facilities at the base during his family's two-week vacation in Hawaii.
"The only problem I've got when I'm here is that I've got to work out next to Marines in the gym," Obama joked. "I generally feel like your commander in chief is in pretty good shape. Then I get next to some guy curling 100 pounds and it makes me feel small."
The president and first lady then spent time talking to the troops individually and taking pictures with them and their families.
The White House said the Obamas spent Christmas morning opening presents and singing carols.
On Wednesday, Obama called military service members from the Army, Navy and Air Force who are stationed around the world to thank them for their service, the White House said.