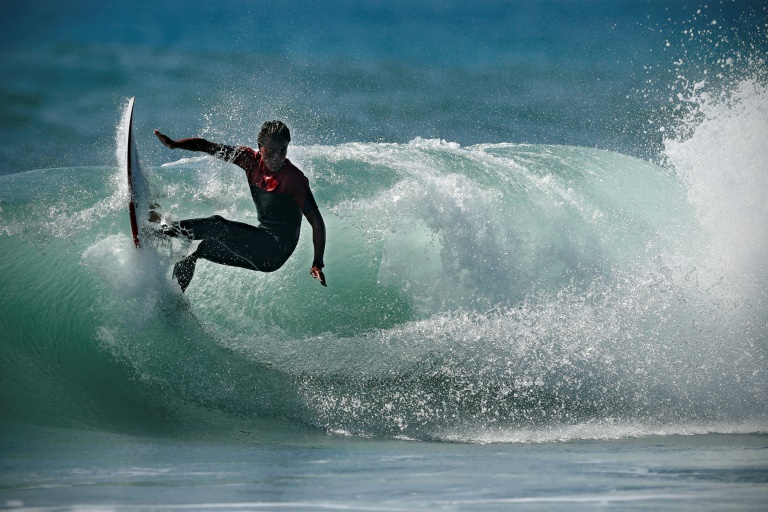 Modern upstarts skateboarding and surfing as well as the ancient martial art of karate are among new sports for 2020 ready to inject some street cred into Tokyo.

AFP Sport guides you through the new kids on the Olympic block this summer:

Arguably the coolest sport never to have appeared at the Olympics, surfing will be one of the hottest tickets at Tokyo 2020 — if there are waves.

While the Tsurigasaki Beach venue is unlikely to produce the sort of massive barrels seen in Hawaii or Tahiti, fans should see an almighty scrap for gold with Honolulu-born John John Florence and explosive Brazilians Italo Ferreira and Gabriel Medina among the men’s favourites.

American Carissa Moore and Australia’s seven-time world champ Stephanie Gilmore look the ones to beat in the women’s competition, although Moore’s countrywoman Caroline Marks and Aussie Sally Fitzgibbons might have a say.

Old school “soul surfers” still argue that surfing is more a way of life than a sport. Try telling that to the lucky few who will be waxing down their boards at Tokyo 2020.

Another sport very much “down with the kids” is skateboarding, also brought in to help give the fuddy-duddy Olympics a trendy makeover.

Divided into “street”, run over a street-like course with a range of obstacles, and “park”, on a hollowed-out bowl with a series of steep drops and challenging undulations, the hipster sport is poised to turn schoolchildren into global superstars chased by sponsors offering them millions of dollars.

Eleven-year-old Sky Brown, who opted to skate for Britain rather than Japan and is also a professional surfer, faces Japanese world champion Misugu Okamoto, herself just 13, in what will be an absorbing women’s park competition.

In contrast, the men’s field could see a winner who is old enough to vote with American four-time world champion Nyjah Huston a hot tip to win a historic first Olympic street gold.

After a spate of white-knuckle documentaries in recent years, sport climbing looks set to become another surefire hit for the Olympics.

Rankings in three formats — one-on-one speed, the ninja-like bouldering and dynamic lead climbing — are compiled for a total score.

Czech sensation Adam Ondra, who started climbing when he was six and makes the hair-raising sport look ridiculously easy, is the man to beat though he can expect to be pushed by the likes of Canada’s Sean McColl, Austria’s Jakob Schubert and local favourite Tomoa Narasaki.

Slovenia’s Janja Garnbret is one to watch in the women’s event as she looks to spoil Japanese veteran Akiyo Noguchi’s swan song.

Long seen as the poor relation of judo, expect karate to pack a punch this summer in what will be a short-lived Olympic debut.

The ancient form of warrior combat, which dates back centuries to what is now Okinawa, has been left out of the 2024 Paris Olympics — in favour of breakdancing.

But Japan’s Ryo Kiyuna, a native of subtropical Okinawa, will be one of those looking to leave his mark at Tokyo 2020 as the triple world champion goes for gold in the “kata” discipline, where fighters execute choreographed sequences of punches and kicks against an invisible opponent.

Iran, whose former judo world champion Saeid Mollaei defected last year after complaining he had been ordered to lose to an Israeli rival, could be dark horses following diplomatic efforts between the International Olympic Committee and Iranian officials to negotiate an end to Tehran’s decades-long boycott against Israeli athletes.

Baseball makes its Olympic return in Tokyo for the first time since its controversial exit after Beijing in 2008, with what looks a wide-open tournament.

South Korea stunned defending champions Cuba in the final to win gold 12 years ago to scuttle their bid for a fourth Olympic crown.

But baseball-mad Japan will hope that the hosts can recapture the magic that swept them to back-to-back World Baseball Classic titles in 2006 and 2009.

Japan’s two-way superstar Shohei Ohtani could provide the spark for Samurai Japan, but don’t back against the Americans or Cubans with the Dominican Republic also a gold medal threat.

The United States will start favorites to regain the Olympic softball title they have won on four of the five occasions the competition has been held, their golden streak only halted by Japan’s women in the 2008 final.