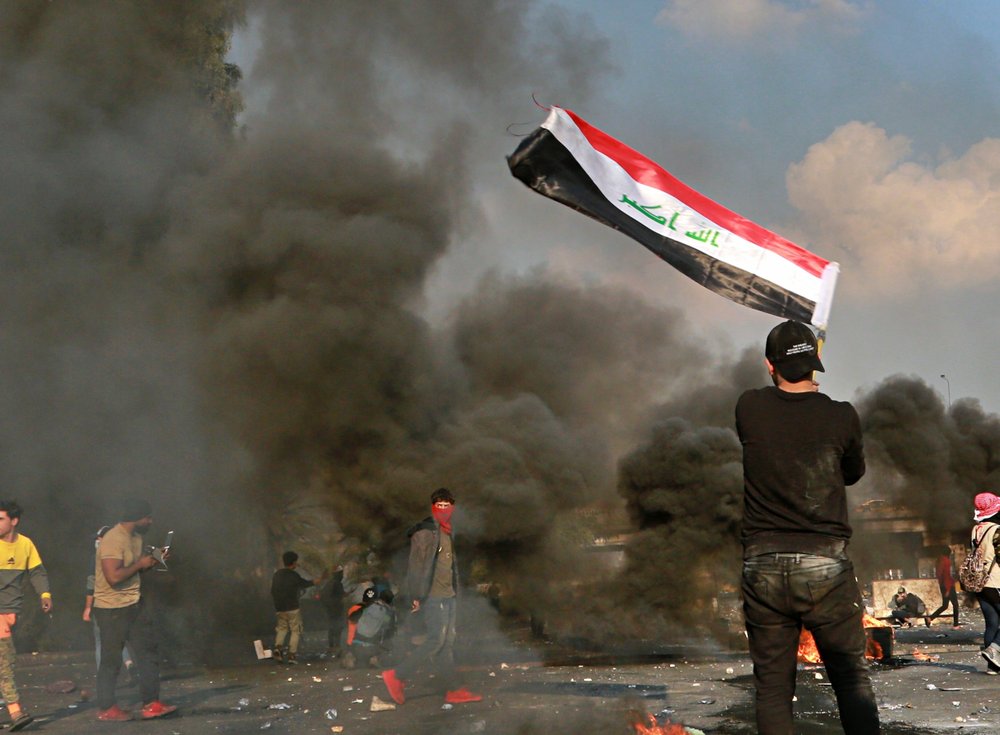 The clashes on the key Mohammed al-Qassim highway broke out when riot police moved in to disperse a crowd of mostly young men who had gathered there. The protesters burned tires, halting traffic along the key artery and some protesters hurled Molotov cocktails, or fire bombs at the riot police.

Police shot live rounds and fired tear gas canisters at the crowd. At least 14 protesters were wounded, their injuries ranging from severe to moderate. One protester died after being struck by a tear gas canister to the head, according to police and medical officials and activists.

As the violence escalated, the police pulled back, allowing demonstrators to take over the thoroughfare, eyewitnesses said, speaking on condition of anonymity, fearing reprisals.

The Mohammed al-Qassim highway connects areas in Baghdad’s Rusafa, a district to the east of the Tigris River. Protesters have already blocked three central bridges — Sinak, Jumhuriyah and Ahrar. Blocking the highway threatens to halt movement altogether in the central part of Baghdad.

The Green Zone attack was the second rocket attack to target the area in the last two weeks, amid soaring tensions between Washington and Tehran after a U.S. drone strike killed top Iranian General Qasem Soleimani in Baghdad earlier this month.

According to a security official, two of the rockets had breached the outermost fence but did not strike near the embassy’s heavily fortified walls. All the officials spoke on condition of anonymity under regulations.

Dozens wounded as Iraqi protesters up pressure on government