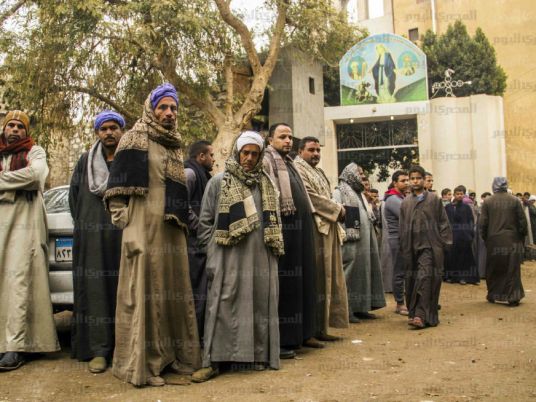 One person was killed and three were injured on Sunday night when anonymous assaulters attacked the families of two priests in Minya governorate.

The police reported that four unidentified individuals affronted a priest in front of his house, prompting young members of the family of another priest to intervene. A fight broke out involving knives, resulting in the murder of a 22-year-old man called Mari, a family member of one of the priests, Youm7 reported. Three others were injured in the fight.

In a statement issued on Monday, Al-Azhar Grand Sheikh Ahmed al-Tayeb called on villagers to be calm and clear-sighted in the aftermath of the clashes. He instructed Muslims and Christians to help restore law and order, and not to allow the nation to be divided by malicious acts and sectarian strife.

The incident marks the second instance of sectarian violence in Minya in less than a week.

On Friday, another village in Minya witnessed the burning of five houses belonging to Christians. The clashes, which took place in the village of Abo Yaakoob, were provoked by a rumor that Christians were converting one of their homes into a church.

Ahmed Gamal el-Din, former Interior Minister and presidential aide for security and counter terrorism, called on the Local Development Ministry to cooperate with Minya's governor in getting to the root of problems that lead to sectarian incidents.

Since the January 25 uprising in 2011, Egypt has witnessed many incidents of sectarian violence, often in rural areas of the country. Construction of churches and conversions by Muslims and Christians to either faith are among the most common triggers.

In May, an elderly Coptic woman was stripped of her clothes and dragged through the streets of Karam village, Minya, after rumors spread that her son was having an affair with a local Muslim. Several Christian homes were torched that same week as a result of the tensions. President Sisi strongly condemned the event, but Christians subjected to the attacks said that police response during the period of unrest was tardy and insufficient — a familiar refrain of the victims of such attacks over the years.