Allow me Lieutenant General to express my opinion on a sensitive issue related to Egypt’s future.

It was an initiative from the people that launched the 25 January revolution, just like the revolution in 1919, and all of us are proud of this.  We toppled an unjust regime under which people had suffered from need, corruption, and oppression. We then waited for a leader who embodied the revolution so that the people could support him. It has been more than two and a half years. The Muslim Brotherhood stole the revolution and started speaking as if they had been responsible for it, although all of us know that they did not take to Tahrir Square until 18 days after the revolution began, when they were assured of its success.

I write to you to request that you make the 30 June revolution real. You took to the streets upon Egyptians’ desire to remove a regime which managed to overburden them in only one year. It was a great and historic event. The Brotherhood’s rule neglected the Egyptian economy, leading to more poverty and suffering. It failed to provide security for innocent citizens, destabilizing Egyptian progress.

What infuriated Egyptians the most and pushed them to revolt against this traitorous and fascist regime was the neglecting of Sinai, the support given by the West, and the smearing of Egypt’s image.

What I am asking is that you get involved in politics and stand for the presidential elections. Rest assured that the 30 million Egyptians who were happy and surprised on 26 July will cast their ballots for you. It is principles that make leaders.

Do you know that you achieved in less than two months what politicians cannot achieve in decades? You have overwhelming support. Look at the opposition. It’s disassembled. Its leaders are not on your level in this great moment Egypt is currently witnessing.

I listen to those talking about military rule and saying that sixty years of power is enough for the military.

I would request that you do not pay any attention to these people. They are biased. After the 1952 revolution, Gamal abdel Nasser established the principle that the military should not intervene in policy-making and that if any of the free officers wanted to enter politics, they could only do so after taking off their military uniform.  And the principle has been respected since.

When the constitution was approved on 16 January 1956, abdel Nasser dissolved the Revolutionary Leadership Council. He was no longer a military officer and he stood for presidential elections that same year. He became a civilian. His political wisdom shined at crucial moments in our history: the evacuation negotiations in 1954, eradicating the weapon monopoly in 1955, the victory against tripartite aggression, managing the political and media battle in an efficient way, securing our interests during the separation crisis in 1961, and restructuring the Egyptian army following the 1967 defeat in just three years, from 11 June 1967 to 28 September 1970. I would now like to refer to the two greatest politicians in history, General Charles de Gaulle and General Eisenhower.

De Gaulle was a French military officer who fought in World War I. He established the French Resistance in World War II.  Whenever France faced local political crises or desperate battles in Algeria, French generals counted on the sincere leader de Gaulle, who saved his country.

De Gaulle’s rule was successful. He changed the constitution and formed the new regime. He achieved stability and hence economic progress, which made France more powerful than Germany. He crafted an honorable image for his country. All this while maintaining the principles he believed in during his 11-year rule from 1958 to 1969.

Has anyone in the world ever mentioned that de Gaulle’s regime amounted to military rule? Would the French, known for their pluralism and individualism, have accepted this?

Another example is General Eisenhower, an American military leader during World War II. He ran for president after the war. He was also an experienced politician.

A successful president has experience in many different fields. He may get expertise from abroad. The world is united by technology.

As a political science professor, I personally call on you to step forward and take responsibility for the destiny that is yours, without paying attention to malicious criticism you may receive. This is a historic chance that does not come often. You will not be making the decision alone, as the people will have the final word.

Lieutenant General, may God empower you for the sake of our beloved Egypt.

Hoda abdel Nasser is the late president's eldest daughter and is a historian and professor in the Political Science Department at Cairo University. 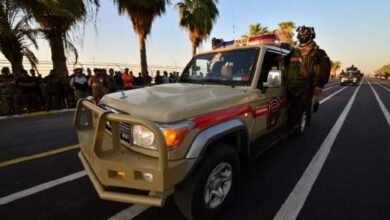