Ramallah–The Palestinians announced Sunday that indirect talks with Israel have officially begun, marking a return to formal peace negotiations after a 17-month breakdown.

In the next four months, White House envoy George Mitchell will shuttle between Palestinian President Mahmoud Abbas and Israeli Prime Minister Benjamin Netanyahu to try to narrow vast differences on the terms of Palestinian statehood.

The indirect talks mark the first concrete achievement in the Obama administration’s Middle East peace efforts. However, expectations are low and the indirect format appears like a throwback to the earliest attempts at Israeli-Palestinian peacemaking two decades ago.

Since then, Israelis and Palestinians have negotiated directly, though with interruptions, for more than 16 years.

The shuttle mission was devised to get around a deadlock over Israeli settlement construction. Abbas has said he will not negotiate directly without an Israeli settlement freeze, but Israel only agreed to a temporary slowdown in areas the Palestinians seek for their state.

Over the past five days, Mitchell has met twice with Netanyahu and three times with Abbas in final preparations for the talks. A final hurdle was cleared Saturday when the Palestine Liberation Organization and Abbas’ Fatah movement endorsed the negotiations.

On Sunday, after another Abbas-Mitchell meeting, Palestinian negotiator Saeb Erekat announced that “the proximity talks have started.” He said negotiations would focus on the borders of a future Palestinian state and on security arrangements.

In Jerusalem, Netanyahu said at the start of his weekly Cabinet meeting that the indirect talks must lead to direct negotiations as quickly as possible

“Peace can’t be made from a distance or by remote control,” he said. “We are neighbors of the Palestinians and they are our neighbors. Over time one cannot assume that that we will reach decisions and agreements on critical issues such as security and our national interests and their interests if we don’t sit in the same room.” 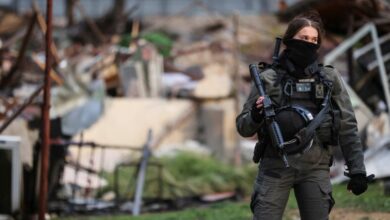