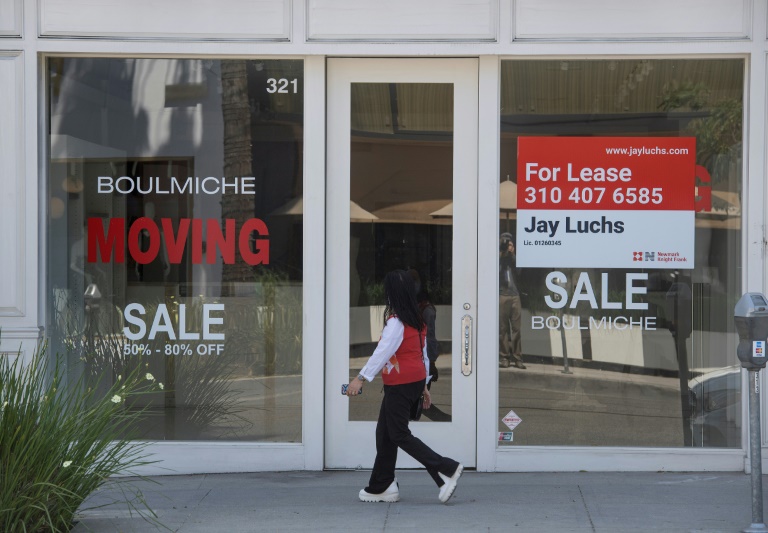 The United States recorded its steepest job losses in history over the coronavirus pandemic as Europe moved to keep its borders shut for another month.

Hopes have been rising that the worst of the global catastrophe, which has killed more than 270,000 people, has passed, and the United States on Friday approved a new at-home saliva test to speed up diagnosis for COVID-19.

But after weeks of lockdown across the world, the effects have been painfully visible, with the global economy suffering its most acute downturn in nearly a century.

In the United States, 20.5 million jobs were wiped out in April — the most ever reported — with unemployment rising to 14.7 percent, the highest since the Great Depression.

The world’s largest economy has suffered the deadliest coronavirus outbreak, with more than 77,000 fatalities and nearly 1.3 million cases.

Mindful of elections in November, President Donald Trump has nonetheless vowed to reopen the country, and a growing number of state governors have already let business resume with precautions.

Trump played down the unemployment numbers, pointing to substantial gains Friday on global stock markets as proof that better times were ahead.

“We’re going to have a phenomenal year next year,” Trump told reporters. “I think it’s going to come back blazing.”

His optimism came even as the virus spread within the White House, with the press secretary of Vice President Mike Pence testing positive.

In India, drones sprayed disinfectant on the streets of Ahmedabad on Saturday, hours after security forces clashed with residents who flouted a toughened lockdown.

The western city has become a coronavirus hotspot and a major concern for authorities as they battle a surge in deaths and infections.

The tougher measures in India come as a number of governments around the world are moving to ease restrictions.

Italy, where deaths on Friday passed 30,000, plans to allow worshipers to return to church, while Denmark said cinemas, museums and zoos would reopen on June 8.

In Britain, which has suffered the highest death toll after the United States, Prime Minister Boris Johnson is expected to offer a roadmap out of lockdown on Sunday.

The European Commission meanwhile recommended that the 27-nation bloc extend its ban on the non-essential entry of visitors until June 15.

“The situation remains fragile both in Europe and in the world,” it said in a statement.

The virus that has infected 3.9 million people worldwide overshadowed one of the most important dates on the European calendar — the anniversary of the end of World War II on the continent.

Parades and commemorations to mark 75 years since Nazi Germany’s surrender were canceled or scaled down Friday.

Russia, which marks the occasion a day later than western Europe, Saturday held muted celebrations after becoming Europe’s hotspot in the coronavirus pandemic.

A Red Square parade was postponed and President Vladimir Putin instead gave a speech at a war memorial inside the Kremlin walls.

He made no mention of the coronavirus but hinted at the struggle Russians are facing against the pandemic.

“Our veterans fought for life, against death. And we will always be equal to their unity and endurance,” Putin said.

Far from bringing the world together, the crisis has triggered a war of words between China, where the virus first appeared in the metropolis of Wuhan, and the United States, where Trump has battled criticism over his handling of the epidemic.

The Trump administration has brought into the mainstream a theory that the virus came from a Wuhan laboratory, despite the World Health Organization and the top US epidemiologist saying there is no evidence.

China rejects the charge, and America’s allies are not convinced.

The feud spread Friday to the UN Security Council, where the US, stunning other members, prevented a vote on a resolution that called for a ceasefire in various conflicts around the world to allow governments to better address the pandemic among those suffering most.

Diplomats said Washington was concerned about language in the resolution on the role of the World Health Organization, which has been at the forefront of confronting COVID-19.

Trump has vowed to freeze the more than $400 million in annual US funding for the UN body, saying it did not act quickly enough when the mysterious respiratory disease emerged in Wuhan and blindly took the word of China.

The US State Department on Friday also accused China and Russia of sharply escalating disinformation online about the virus, including promoting conspiracy theories that it was cooked up by US scientists.

Researchers in Hong Kong have found that patients suffering milder illness caused by the coronavirus recover more quickly if they are treated with a three-drug antiviral cocktail soon after symptoms appear.

Authors of the study, published in the Lancet on Friday, called for larger-scale research to ascertain if the drug combo could be a viable treatment for critically-ill patients.

With the US death toll and infections still climbing, regulators on Friday offered a way to ramp up testing — a significantly simpler home diagnostic kit that uses saliva.

Public health workers warn that a complete return to normal is impossible until the development of a vaccine, which could take months if not longer.

Trump, however, has suggested that a vaccine is not a prerequisite to ending the pandemic.

“At some point it will probably go away by itself,” he told reporters, while adding: “If we had a vaccine, that would be very helpful.”

Image: AFP / Mark RALSTON After weeks of lockdown across the world the effects have been painfully visible, with the global economy suffering its most acute downturn in nearly a century