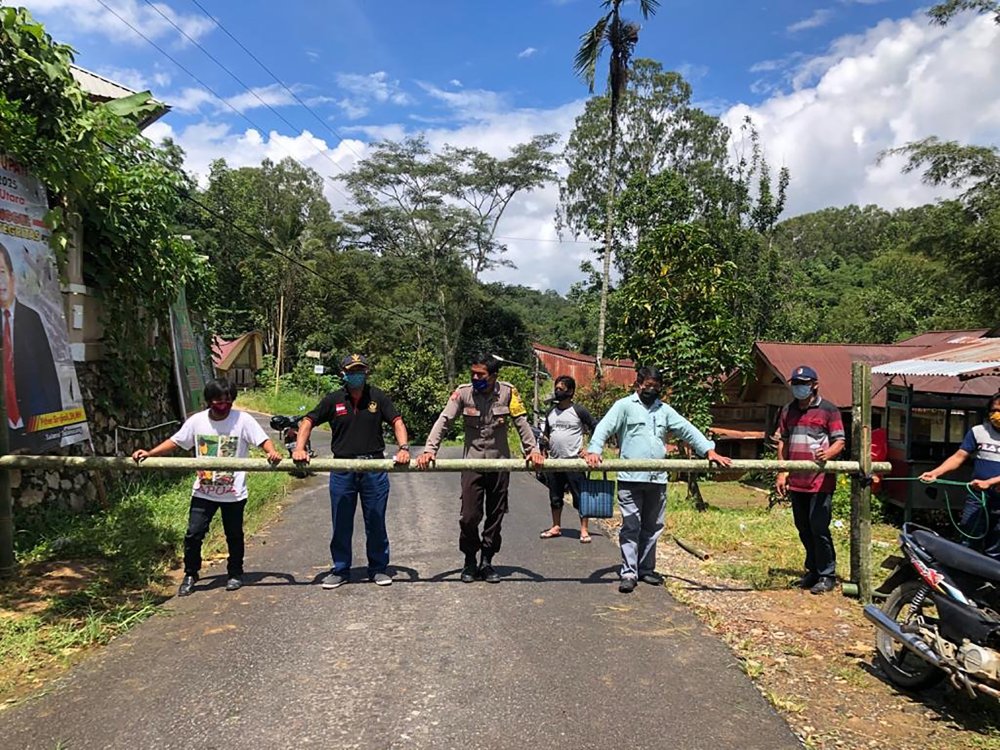 JAKARTA, Indonesia (AP) — In Indonesia’s easternmost province, felled trees are stacked to block a road that leads to Papuan villages. On the Thai-Myanmar border, the Karen people have also made makeshift barricades and marked them with signs warning visitors away.

Across the globe, the coronavirus pandemic has left indigenous peoples at particular risk because so many have poorer health and less access to health care than their non-indigenous peers.

While there are, of course, vast differences among indigenous groups, including lifestyle and socioeconomic factors, the United Nations estimates that the life expectancy of indigenous people can be up to 20 years lower than that of their counterparts. A recommendation from the Australian government underscored the disparities. A message sent in March warned: “People over aged 70, ages over 60 with preexisting conditions, or Indigenous people aged over 50 should stay home whenever possible for their own protection.”

The more stringent recommendation for indigenous people is likely because so many have the kinds of health problems that experts say can result in more serious consequences if they contract the coronavirus.

According to UN data, more than half of indigenous adults over 35 worldwide have Type 2 diabetes. Indigenous people also experience “disproportionately high levels” of cardiovascular disease, HIV/AIDS and illnesses such as tuberculosis.

For most people, the virus causes mild or moderate symptoms. But for some, especially those with health problems and older people, it can cause more severe illness and lead to death.

Genetics may play a part in poorer health among indigenous people, Mason Durie, a professor of Māori Studies at Massey University who is himself Māori, but social factors are generally considered more important.

Aware of the added risks, many indigenous people — especially those living near or in urban centers — are seeking isolation, said Rudolph Rÿser, an indigenous activist and executive director of the Center for World Indigenous Studies.

That has raised the possibility that members who don’t typically live in traditional villages could bring the disease back with them. And some communities, like aboriginal ones in Australia, may be ill equipped to keep people safe because of poor infrastructure and crowding in homes, said Dr. Mark Wenitong, an aboriginal general practitioner and adviser to aboriginal health councils in Australia.

Some indigenous communities are practicing social distancing that closely resembles what’s happening outside them. In Indonesia, groups including Papuans and the Buntao’ in South Sulawesi province are blocking access to their villages. Elsewhere, others, like the Karen people, are also adding in traditional practices, such as performing rituals to remove bad luck or marking village entrances with culturally significant symbols.

While many marginalized groups are finding themselves at risk, the stakes may be even higher for indigenous people who were already struggling to maintain their traditions and keep the world at bay, like those in the Amazon rainforest who have long contended with encroachment on their lands by loggers, miners and farmers.

The disease poses a serious risk, but restrictions to curtail the pandemic are also threatening the way of life of some groups and disrupting important cultural practices for others.

In Uganda, the military is trying to prevent the Batwa, who are going hungry under lockdown, from slipping across the border into Rwanda to get food from relatives, said Faith Tushabe, who works with a local NGO. Long evicted from their forest homes, the Batwa usually trade labor for food — and can’t right now.

Restrictions on movement have also made it difficult for some of the Mbororo — semi-nomadic pastoralists in Cameroon — to survive, said Sali Django, a program coordinator for Mboscuda, a non-governmental group that supports the Mbororo.

“They need to look for food to eat,” he said.

The Maasai, a semi-nomadic indigenous group in Kenya and Tanzania, meanwhile, have been forced to halt important rituals that bring clans together, including the graduation of warriors into young men who can marry and own property.

While some countries have earmarked emergency funds to help indigenous peoples, the virus still poses a major threat, said Rukka Sombolinggi, general secretary of the Indigenous People Alliance of the Archipelago (AMAN) in Indonesia.

“They could become extinct,” she said. “Not only the people, but also their culture.”

Image: In this April 24, 2020, photo, provided by the Indigenous People Alliance of the Archipelago, indigenous peoples from the Buntao’ community in Indonesia’s North Toraja regency in South Sulawesi Province use a wooden barrier to block off their village. Indigenous peoples across the archipelago are locking down their villages in an effort to protect their communities from the coronavirus. (AMAN via AP)

The second virus wave: How bad will it be as lockdowns ease?

Masked and gloved, Italy joins nations creeping out of lockdown