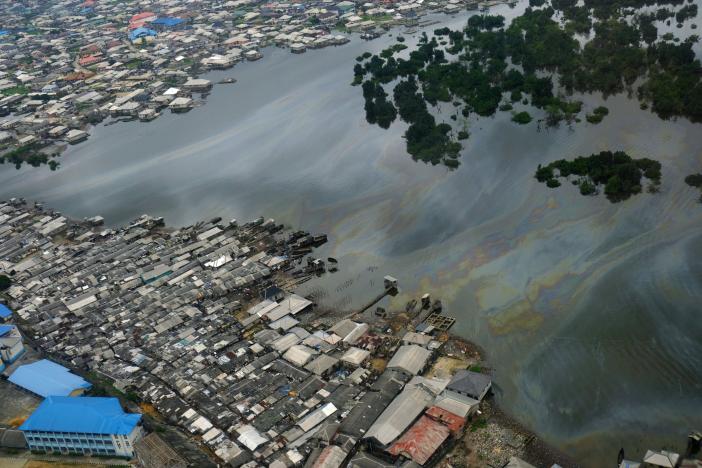 The Nigerian government’s efforts to secure peace in the oil heartlands of the Niger Delta are empty promises, community leaders say, threatening a return to violence that would derail any broader recovery in the crude-dependent economy.

With Africa’s biggest economy mired in recession, delegations including Acting President Yemi Osinbajo have held talks since February with community leaders in the restive oil-producing states in Nigeria’s southeast.

Oil exports are now set to exceed 2 million barrels per day (bpd) in August, the highest in 17 months, from as little as just over 1 million bpd at certain points last year. That is due to a steady decline in attacks on pipelines, providing a much-needed injection of cash into Nigerian government coffers.

But ex-militants and local chieftains say that since those “town hall” discussions, little has been done – the government has not followed up on issues raised, is stalling on key demands and has not even appointed a full-time negotiating team.

If the Niger Delta people continue to feel Abuja is ignoring their needs, leaders say they will resort to the only tactic that has ever yielded results: attacks on oil facilities.

“The people of the Niger Delta can hold this government or any government to ransom because we are the people feeding the nation,” said Godspower Gbenekama, a chief in the Kingdom of Gbaramatu.

“This peace is a graveyard peace,” he said. “Nobody can assure anybody that nothing will happen in the Delta.”

A spokesman for the acting president rejected suggestions the government was not doing enough.

“The government has not reneged and will never renege on any agreement,” he said, pointing to more spending on an amnesty program for ex-militants and progress on a clean-up project.

He added it was just a matter of time for other agreements to come to fruition, such as the planned opening of a flagship university in October and of small-scale refineries with community ownership in the fourth quarter.

An inter-ministerial group met regularly with Osinbajo to discuss the Niger Delta and a “technical committee” liaised between the government and affected communities, he also said.

Some locals, however, are in no mood to wait. In a sign of their mounting frustration, groups such as the New Delta Avengers and the Niger Delta Marine Force have formed in recent months.

“Call for resuming attacks when the government is diligent in actualizing the terms of the agreements and requests made will not help matters,” said the acting president’s spokesman.

That the Delta needs help is not in dispute.

Roads are pitted and scarred. Holes gape in the walls of school buildings and playing fields are flooded. Ramshackle stalls crowd the streets, standing in pools of muddy water and blocking traffic.

But the communities of the Niger Delta also have more earthly demands.

Some want environmental clean-ups from oil spills that have devastated swathes of forest and waterways; others want roads and better power supply; others jobs and the regional university.

Many in the Delta are cynical about the government’s stated desire to improve the region’s lot.

The peace talks are “lies and deceit,” said Annkio Briggs, a leading activist in the southeastern oil city of Port Harcourt.

“This latest Osinbajo move … is all about revenue. How do we get the Niger Delta calm enough that we can continue to derive revenue to sustain our budgets?”

Others are also bitter that the government only appears to respond to violent action, while peaceful activism and protests have historically achieved little.

The government “is treading on a path that is disastrous… setting a precedent that they will only negotiate with the Delta when they start blowing stuff up,” said Richard Akinaka, who represented the youth in Rivers state for a meeting with Osinbajo.

He dismissed the meeting with one word, “bogus.”

The communities have also asked for ownership of oil blocks, and for all states in Nigeria to become fiscally independent, a move that would see oil revenues pooled in the southeast.

The problems of the Delta may not be easily solved: enmity runs deep between locals and the federal government, violence is often the answer and some of the demands may not be as attainable as community leaders hope.

“We don’t have a very big agenda,” said Gbenekama, the Gbaramatu kingdom chief. “The general agenda of the Niger Delta people is the political and fiscal restructuring of this nation.”