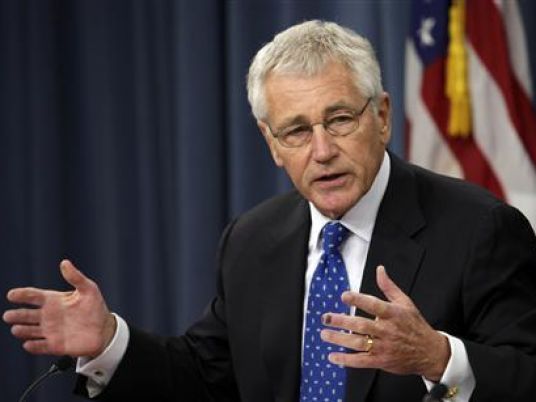 Foreign Minister Nabil Fahmy, discussed during his current visit to the United States, with US Secretary of Defense Chuck Hagel the Egypt-US relations, including defense ties between the two countries, in addition to the latest developments in the Middle East.

A statement issued by the Pentagon mentioned that Hagel stressed during the meeting the US is committed to supporting common security interests in the region, including counter-terrorism, border security, and the security of Sinai.

The statement added that the two ministers also discussed the political developments in Egypt, and the need to find an appropriate balance between security and freedom.

Hagel called on Fahmy to help promote peaceful opposition through the release of detained journalists and activists.

The statement pointed that the US is concerned about the recent mass trials in Egypt. He called on the government to ensure fair trials for all Egyptians.